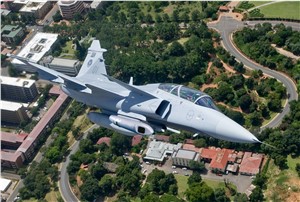 This report evaluates the Military Aviation Sensors & Switches Market for the period 2020-2030. The Market is estimated to be worth $1,583.1 million in 2020 and is expected to record favourable growth rates. There are more than 50,000 military aircraft in service around the globe, out of which the largest share is held by the US with around 13,000 aircraft in service .In spite of the major cuts in the defence budgets of developed economies in the past years, spending is expected to increase in the coming years owing to the rising international tensions.

Demand for defence and military products are increasing in the Middle East, Eastern Europe, North Korea, and the East and South China Seas. Moreover, the US is also expected to increase its defence budget driven by the newly elected US administration, which has an increased focus on strengthening the nation’s military by increasing their ship and aircraft fleet. Hence, an overall increase in the global defence budget can be expected in the coming years. Key defence Sensor Type expected to be in demand includes armoured vehicles, munitions, aircraft, ships, etc. The expected demand for new aircraft is in turn expected to increase the demand for Military Aviation Sensors & Switches.

Demand for military equipment is on the rise as governments across the globe focus on military modernization, given increasing global security concerns. The uncertainty and sustained complexity of the international security environment worldwide is likely to boost global defense spending over the next five years. Global defense spending is expected to grow at a CAGR of about 3 percent over the 2019–2023 period to reach US$2.1 trillion by 2023. While the US administration’s increased focus on strengthening the military is expected to be a key growth driver for defense spending in 2020, other large nations, such as China, Russia, and India, are also likely to embark on higher spending on defense equipment.

Increasing global defense spending would continue to create opportunities for defense contractors and their supply chains. To meet the increased demand and improve production yields, defense companies should leverage highly agile production that adapts to changes in demand, including digital technologies. For instance, adopting smart factory initiatives could drive 10–12 percent gains in factory utilization and labor productivity without major capital investment. These all the mentioned factors are expected to increase military aviation industry over the coming years. Increasing demand for military aerospace is expected to increase demand for sensors and switches in coming years.