Team Invictus brings together programmatic and operational expertise to deliver a transformational, affordable scout aircraft to soldiers, the Bell 360 Invictus 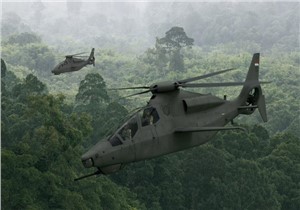 “Team Invictus is working together to show how cutting-edge technology will give soldiers the ability to confidently operate in the complex and contested battlespace of multi-domain operations,” said Chris Gehler, vice president and program director for FARA at Bell. “Future Vertical Lift is critical for the Army’s ability to win in multi-domain operations with FARA defeating defensive layers and the Future Long-Range Assault Aircraft (FLRAA) exploiting opened areas to achieve operational objectives.”

Team members are working closely together to deliver the Bell 360 Invictus prototype using a configuration that emphasizes operational availability, sustainability, and maintainability. The members of Team Invictus include:

Team Invictus is applying digital design and manufacturing technologies, including maintenance as part of the design process, and use of emerging commercial practices to bring a holistic view of digital models, processing and analysis to reduce lifecycle maintenance and servicing requirements—and thus reducing sustainment costs.

“Each team member brings a capability that is vital to the success of the Bell 360 and we are honored to have proven, capable, and well-respected industry partners on Team Invictus,” stated Gehler. “This is an outstanding industry team, and we are working diligently to produce a FARA weapon system that is operationally effective and affordably sustainable, as well as complementary and in many ways common to the FLRAA program.”

Following the selection of the Bell 360 Invictus for the competitive prototype in March 2020, Team Invictus continues to rapidly move forward. Team Invictus’ collective expertise reduces program risk while preserving the Army’s FARA schedule leading to a first flight targeted for the fourth quarter of fiscal 2022.