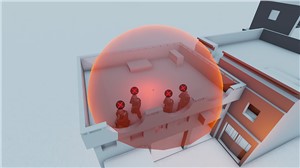 Cubic Corporation (NYSE: CUB) today announced Cubic Defence U.K., which operates within its Cubic Global Defense (CGD) business division, was awarded a contract worth more than $35 million, to continue its support for the training of the British Army. The three-year contract is for support and repair of the Area Weapons Effects Simulator (AWES) System at Salisbury Plain Training Area (SPTA) in the United Kingdom and at British Army Training Unit Suffield (BATUS) in Alberta, Canada.

“We value our longstanding partnership with the British Army and we are pleased to continue our training support,” said Mike Knowles, president of Cubic Global Defense. “This contract award extends the work we have accomplished together to effectively advance the British Ministry of Defence training experience and standard.”

Cubic developed and installed the AWES system under a contract awarded in 1998. Installation work was completed at the 150-square mile Salisbury Plain training area in late 2002 and the following year at BATUS, a sprawling 1,100-square-mile training area that the British Army leases from the Canadian government for combat exercises.