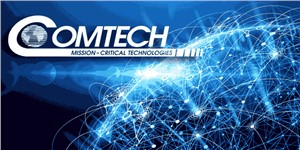 The prime contractor was awarded a five-year, $500 million ceiling, indefinite delivery, indefinite quantity (“IDIQ”) contract. The prime has received an initial delivery order in excess of $30 million for the development and prototype phase. Comtech EF Data will be a key subcontractor providing both engineering and hardware services and has received initial funding of $501,000 with additional orders expected during the Company’s fourth quarter. Once development is completed, Comtech EF Data expects to receive significant hardware orders in future periods during the production phase.

"We are honored to have the opportunity to support the Air Force and Army anti-jam modem program,” said Fred Kornberg, Chairman of the Board and Chief Executive Officer of Comtech Telecommunications Corp. “This award highlights our strength in delivering state-of-the-art modem technology at cost-effective prices that benefit both our warfighters and our shareholders.”