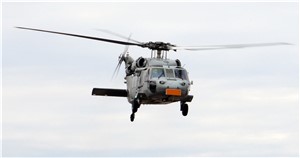 Kevin McSweeney, President, Telephonics Corporation added, "We are excited to introduce our MOSAIC AESA system to the marketplace. We are known as an innovator in design and development of maritime surveillance systems, and with the numerous advanced modes developed exclusively for this radar we believe we have a solution that exceeds current AESA capabilities."