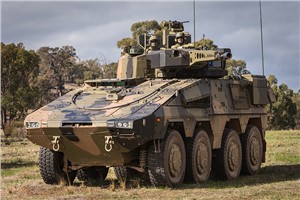 An Australian company has been awarded a $45 million contract for the supply of Remote Weapon Stations, as part of the Morrison Government’s multi-billion dollar upgrade to Army’s mounted close combat capability.

Minister for Defence, Senator the Hon Linda Reynolds CSC said the signing of the contract brings Army a step closer to having world-class combat reconnaissance capability.

“The LAND 400 Phase 2 program will not only deliver Australia a brand new, cutting edge capability, but will also ensure we are well placed to work together with industry.”

Over the 30-year life of the vehicles, Australian industry will secure $10.2 billion to acquire and maintain the fleet.

The contract with Electro Optic Systems will support the company’s workforce of around 100 workers.