DARPA project to use synthetic bio for bacteria that detects explosives 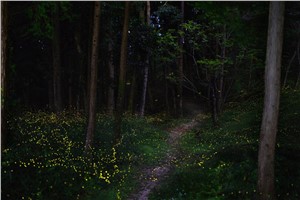 The first strain will detect the presence or absence of explosives buried underground. If the first strain detects explosives, the second strain will produce a glowing light on the ground's surface. Remote cameras or unmanned aerial vehicles can then be used to survey large areas for the telltale luminescence.

"We already know that some bacteria can be programmed to be very good at detecting explosives, but it's harder underground," said Allison Taggart, Ph.D. and principal investigator for the Bio Reporters for Subterranean Surveillance program at Raytheon BBN Technologies. "We're investigating how to transport the reporting bacteria to the required depth underground, and then pushing the luminescence up to the surface so it's easily visible."

Synthetic biology combines principles of electrical engineering with computer science to modify DNA. The Subterranean Surveillance program is one example in which advances in synthetic biology are being used to develop sensors that can reveal a variety of subterranean phenomena at a distance.

"Using bio sensors underground could help us save lives as well as detect threats to air quality and the water supply," Taggart added. "The modular design of the system we're developing will allow us to swap in different components as needed to detect various kinds of threats and contaminants."