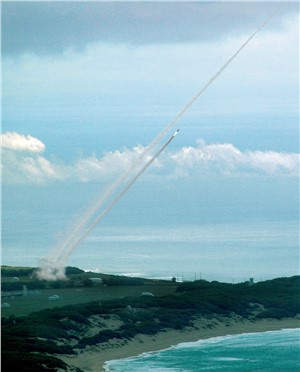 Lockheed Martin (NYSE: LMT) announces a Terminal High Altitude Area Defense (THAAD) weapon system and C-5M Super Galaxy aircraft will be on display for the first-ever Lockheed Martin Space and Air Show taking place Oct. 31 - Nov. 1, 2020, at the Orlando-Sanford International Airport, Sanford, FL. These displays join the show's headlining performers, the U.S. Air Force Thunderbirds, and the event will offer a wide variety of other attractions announced in the future.

"Lockheed Martin is proud to sponsor the first Space and Air Show held in the Orlando area in more than a quarter century," said Mike Rein, LMSAS Organizer. "The Thunderbirds are led by Orlando native Lt. Col. John Caldwell, who is flying in his hometown. It's also a rarity to have a THAAD launcher appear at a public space and air show. It's going to be a spectacular event!"

In May, at its facility in Troy, Ala., Lockheed Martin presented the 400th THAAD interceptor for the U.S. Army. THAAD is a key element of the Ballistic Missile Defense System and is highly effective at protecting America's military, allied forces, citizen population centers and critical infrastructure from short, medium and intermediate-range ballistic missile attacks.

The C-5M Super Galaxy is a strategic transport aircraft and is the largest aircraft in the Air Force inventory. Its primary mission is to transport cargo and personnel for the Department of Defense. For more information on the LMSAS, please visit www.spaceandairshow.com.

Lockheed Martin has a more than 60-year history in Central Florida, executing programs across Orlando, Tampa and the Space Coast. These programs support aviation, space exploration, missiles, fire control, and training and simulation technologies – many of which will be on display at the show. The Orlando-Sanford International Airport serves three million passengers annually with more than 75 non-stop destinations. It was opened in 1942 as a World War II fighter and bomber training base.