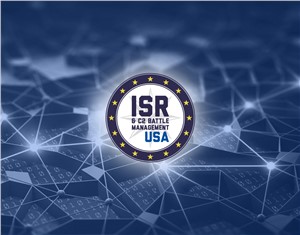 OPERATIONALIZING MULTI-DOMAIN C2 IN READINESS FOR THE PEER FIGHT

The ISR and C2 Battle Management USA conference serves as a landmark strategic forum for the Five Eyes partners, bringing more than 150 representatives from DoD, Navy, Army, Air Force and Joint Staffs together with defense industry leaders. It is part of our world-leading ISR portfolio, the overall aim of which is to deliver and to sustain a decisive information and decision advantage for combat forces across every warfighting domain - from space to cyberspace, from air to the seabed.

In 2017 and 2018, the conference charted the development of multi-domain command and control as a transformative concept for the US and its Five Eyes Partners. The 2019 conference will pick up where the last conference left off, engaging more explicitly with the operationalization of MDC2 and those capabilities that the concept has driven forward. As the demands of long-term strategic competition urge readiness for a peer-level fight, the Five Eyes must find ways to sustain the integrity of assured C2 even when information superiority is challenged or denied. The challenge for them - and for the conference - is to assure the mission, no matter how contested or degraded the operational environment becomes.