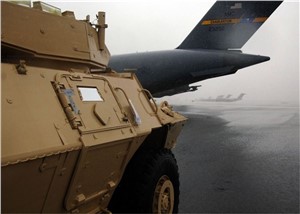 The Military Vehicle & Aircraft Protection Systems market is estimated to witness a Compound Annual Growth Rate (CAGR) of 6.3 per cent from 2019 to 2029.

Generally speaking, the deployment of military personnel in areas of conflict and healthy defence spending among European and Asia-Pacific states are having a profound, driving effect on the market.

The defence industry is also constantly seeking the next ‘big thing’ in vehicle and aircraft protection technology. This trend is also having a positive effect on the Vehicle and Aircraft Protection Systems market, with particularly Western defence administrations financing studies into the capability and suitability of the latest protection solutions.

The key player anticipates that global investment and consolidation will be strong over the next decade. The market’s stable health is due to the factors listed above as well as the presence of established companies, such as Lockheed Martin, Northrop Grumman, General Dynamics and BAE Systems.

The senior defence analyst said: "The Global Military Vehicle and Aircraft Protection Systems market is expected to generate sales of USD 8.29 billion in 2019.

"The industry’s outlook also appears promising, due partly to escalating tensions between state actors and deteriorating security situations in the Arabian Peninsula and North Africa.

"Moreover, despite a public appetite for ‘forever wars’ waning, especially in the West, national and group leaders are increasingly tempted to jostle for power and bolster their influence across foreign borders.

"Over the last few years, there have also been several technological advancements in vehicle and aircraft protection capabilities, a greater emphasis on crew safety, and increased demand for platforms that are quick and efficient to apply.

"Combined, all these factors are driving the entire market forward at a healthy, stable rate."

"By 2029, the Protection Systems market will have surpassed the 15 billion-pound mark, achieving a total sales figure of USD 15.22 billion."