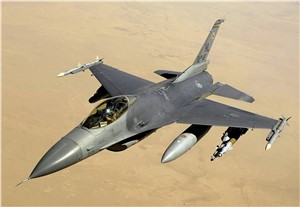 The Weapons Carriage & Release System Market estimated to be USD 462 million in 2019, the market for weapons carriage & release system is projected to reach USD 554 million by 2025, at a CAGR of 3.1% from 2019 to 2025. There is an increasing demand for weapons carriage & release systems from the growing aircraft fleets across the globe. These systems are extensively adopted for anti-submarine warfare roles in helicopters and combat support aircraft, such as P8 Poseidon, MH-60 Romeo, and Lynx Helicopter.

Based on weapon type, the missiles segment is projected to grow at the highest rate from 2019 to 2025
Among the weapon types, the demand for missiles is anticipated to witness the highest CAGR during the forecast period. Increasing use of different ranges and types of missiles, according to mission requirements, has led to the growing demand for missile-related carriage & release systems. There has also been an increasing adoption of air-to-air and air-to-ground missiles with extended ranges on fighter aircraft. Additionally, fifth-generation aircraft use a new range of adapters for missile carriage.

The OEM segment is estimated to have a larger market share than the aftermarket segment in 2019
Based on end use, the market has been segmented into OEM and aftermarket. Between the two, the OEM segment is estimated to capture a larger market share in 2019. This larger share can be attributed to the increasing inventory of newly inducted airborne platforms. Growth has been witnessed in the procurement of Unmanned Aerial Vehicles (UAVs), fighter aircraft of the fourth and fifth-generation, and helicopters. These airborne platforms have increasing applications in anti-submarine warfare, air-to-ground support, and air defense roles. The development of a new range of missiles, such as beyond visual range and anti-radiation missiles, for newly inducted platforms, has also added to the growth of the OEM segment.

The market is projected to grow at the highest rate in the North American region from 2019 to 2025
Based on region, the weapons carriage & release system market in North America is projected to register the highest CAGR during the forecast period. The market growth in this region is largely due to the growing procurement of fighter aircraft, helicopters, and UAVs in US. The market growth in North America is also attributed to increasing upgradation programs for airborne platforms in the region.