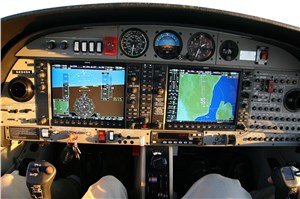 The avionics market is projected to grow from USD 68.5 billion in 2019 to USD 86.9 billion by 2024, at a CAGR of 4.86% during the forecast period. Growth in the retrofit aircraft market is expected to be a major factor driving the market.

The commercial aviation segment is projected to grow at the highest CAGR during the forecast period.
By platform, the avionics market has been segmented into commercial aviation, military aviation, business jets & general aviation, and helicopters. Among these, the commercial aviation segment is projected to be the fastest-growing during the forecast period. Manufacturers are currently focusing on avionics components to develop products that are more reliable, accurate, and efficient. Continuous improvements in software technology have modified the human-machine interface of avionics systems. It has become more user-friendly and can automate a wide variety of in-flight tasks, thereby reducing the workload of the flight crew to a large extent.

Some of the major vendors in the avionics market include Honeywell (US), Esterline Technologies (US), Curtiss-Wright (US), L3 Communications (US), and UTC (Collins Aerospace) (US).