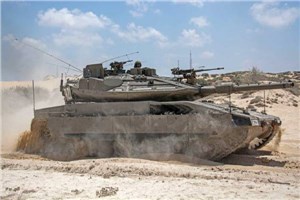 With the largest Army reorganization in 45 years, the Combat Capabilities Development Command have a clearly defined job to do: Meet the Army’s top modernization priorities, to drive the development of new technology and prepare the Army for future warfare.

As well as leading experts from US Army research labs driving thought leadership on the development of future combat capabilities, system integrators and product managers from PEO GROUND COMBAT SYSTEMS will also be speaking exclusively at the two-day meeting: