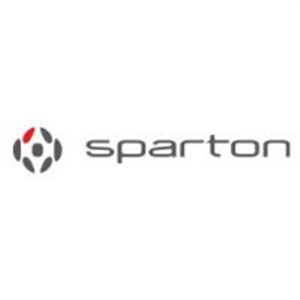 Sparton Corporation (NYSE:SPA) announces it has teamed with Leidos Maritime Systems (NYSE:LDOS) to support the Acoustic Device Countermeasure (ADC) MK5 program. The MK5 is a Next Generation Countermeasure (NGCM) intended to replace the ADC MK3. The ADC MK 5 is a three-inch diameter expendable device that is submarine launched from internal signal ejectors and is part of a submarine’s defense against acoustic-homing torpedoes.

On 13 September, 2018, the U.S. Navy announced Leidos had been awarded the contract (valued up to $36.1M) under a competitive solicitation. Sparton will contribute to the contract’s scope of work which includes the design, development, fabrication, integration, testing, and Low Rate Initial Production of the U.S. Navy’s MK5 program. Sparton will also provide manufacturing services to support system fabrication.

“Sparton is excited to leverage our knowledge of maritime acoustic communication systems, packaging, and deployment systems for this new opportunity”, said Jim Lackemacher, Group Vice President of the Engineered Components & Products Segment. “Sparton looks forward to collaborating with Leidos to bring this vital capability to the fleet.”

Safe Harbor statement under the Private Securities Litigation Reform Act of 1995: To the extent any statements made in this release contain information that is not historical, these statements are essentially forward-looking and are subject to risks and uncertainties, including the difficulty of predicting future results, the regulatory environment, fluctuations in operating results and other risks detailed from time to time in Sparton’s filings with the Securities and Exchange Commission (SEC). The matters discussed in this press release may also involve risks and uncertainties concerning Sparton’s services described in Sparton’s filings with the SEC. In particular, see the risk factors described in Sparton’s most recent Form 10K and Form 10Q. Sparton assumes no obligation to update the forward-looking information contained in this press release.