QNA Awarded $16.3M to Support Delivery of EMALS and AAG on U

QNA Awarded $16.3M to Support Delivery of EMALS and AAG on US Navy's Next-Generation Aircraft Carrier 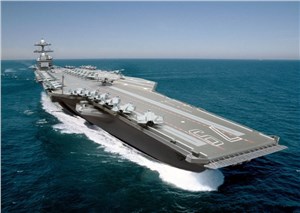 QinetiQ North America (QNA) today announced that it has entered into a contract valued at $16M from General Atomics (GA) in San Diego, California to deliver control hardware and software for the Electromagnetic Aircraft Launch System (EMALS) and the Advanced Arresting Gear (AAG) to be installed on the Navy's next aircraft carrier, the future John F. Kennedy (CVN 79).

The contract reflects a multi-year production task to update, procure, assemble and test launch control and arresting control hardware. For more than a decade, QNA has supported GA and the U.S. Navy by providing the hardware and software for the EMALS Launch Control System, as well as control hardware and software for the AAG system, both of which were developed for and installed on Pre-Commissioning Unit Gerald R. Ford (CVN 78).

"QinetiQ North America is honored to once again be working with General Atomics to begin production on the second ship in the Ford-class, CVN 79.  We are proud to play a role in providing the Navy with this latest technology that will increase reliability, improve operational efficiencies and significantly decrease lifecycle costs," said Andrew Courier , Director of Maritime Systems at QNA.

Development and production of the hardware and software will be done in QNA's Waltham, Massachusetts facility.

Tell a friend:
QNA Awarded $16.3M to Support Delivery of EMALS and AAG on US Navy's Next-Generation Aircraft Carrier