Saving Lives With the Five-bladed H145 in New Zealand

Saving Lives With the Five-bladed H145 in New Zealand 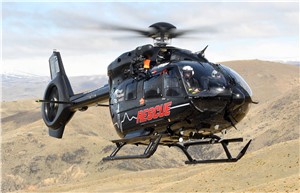 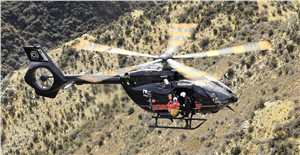 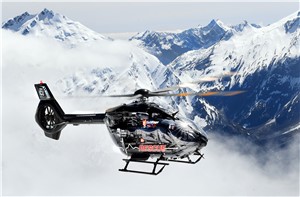 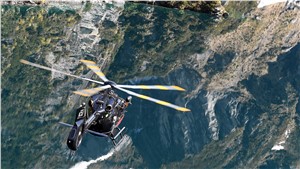 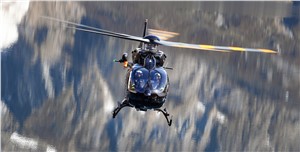 It was a windy night on the south island of New Zealand - Duncan Gourley was on duty for the operator Heli Otago. “We had a primary mission to fly from Taieri Airport to Stewart Island to pick up a patient who was suffering from a heart attack, and then transfer him to Dunedin Hospital. ” With changing weather, gusts up to 75 kts and low temperatures, the conditions were challenging for the team, forcing them to use low level IFR routes and a GPS-led approach into Stewart Island. “The mission took more than three hours, due to the weather. In the end, we managed to stabilise the patient in the helicopter with advanced life-saving care, and were able to transfer him to the hospital, where they continued treatment. It was thanks to the H145 that we managed it; with a less capable system, I’m sure we would have been forced to abort.” Gourley adds: “The H145 is the most capable helicopter I’ve ever flown, and the five-bladed version is the smoothest. The Helionix system coupled with the airframe design of the H145 offers great peace of mind especially when operating under IFR conditions. ”

Dream destination but challenging conditions
New Zealand, with its otherworldly landscapes, green vallies and white beaches is a dream destination for thousands of visitors from around the world. But when it comes to flying helicopters, it has its fair share of challenges, especially when the missions include Helicopter Emergency Medical Services. “New Zealand is made up of very changeable topography and weather, with mountains to the west that climb up to 12,000 ft (more than 3,500 metres) and very low freezing levels making for challenging conditions”, says Duncan Gourley, Pilot at Heli Otago with more than 4,500 flight hours on the H145 family of helicopters. “We also fly at night, 24/7, at any time of the year. For this, we operate our helicopters in a mixture of visual flight rules and instrument flight rules (IFR)/performance-based navigation (PBN), depending on the conditions we face.”

Performance-based navigation allows the operator to fly the aircraft along a precise flight path with a high level of accuracy and ability to determine the aircraft’s position. When low-level IFR routes exist and the helicopters are suitably equipped and certified, operators can keep their helicopters in lower, warmer air, which reduces encounters with icing conditions. “On top of that, we rely on night vision goggles, which are an essential tool for us since we operate day and night, often in unknown areas”, Gourley adds.

Heli Otago: More than 30 years of experience operating helicopters
Heli Otago has been operating in the Otago and Southland regions of New Zealand since 1990 and is one of the biggest helicopter operators in the country. For its missions, which ranges from air charters, agricultural missions to training and air ambulance operations, the company relies on a fleet of more than 15 helicopters. Since 1998, Heli Otago has been successfully operating the Air Ambulance and Rescue Helicopter service for the lower South Island. The HEMS operations are always on standby, ready to respond to serious accidents, medical emergencies, search and rescue missions or inter-hospital transfers, providing paramedic care for a range of over 66,500 square kilometres. For these missions, Heli Otago has a fleet of BK117 helicopters, and since 2017 an EC145. In 2019 the operator added a four-bladed H145, which has clocked in more than 3,200 flight hours in just over three years, with an availability well above 90%. And now, they have added the five-bladed H145.

Five-bladed H145: A real game changer
“It was an easy decision to choose the five-bladed H145 as our latest helicopter: the transition is pretty easy from our other H145 family of helicopters; the single-engine performance and the overall performance of the helicopter is fantastic for the safety of our operations. The autopilot and the Helionix system of the five-bladed H145 have proven to be a real game changer, especially for our IFR/PBN missions”, says Graeme Gale, Owner and Pilot at Helicopters Otago Ltd.

The maintenance plan for the new H145 is also facilitated for the operator, reducing the need for technical interventions and costly repairs. “The new rotor system requires less maintenance due to the modern design incorporating elastomeric bearings and composite materials. Less vibration should decrease long-term maintenance and repair costs due to less fatigue on the airframe and components. And the increase in useful load means we can carry larger payloads or carry more fuel, increasing the efficiency of our operations.”

Tell a friend:
Saving Lives With the Five-bladed H145 in New Zealand