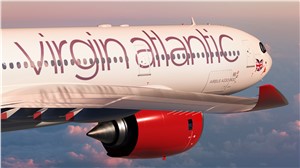 The Viasat IFC equipment will be factory-installed ("linefit") on the 16 new Virgin Atlantic Airbus A330-900s at the Airbus Center of Excellence production site in Toulouse, France, ensuring in-flight internet service is available on each aircraft upon delivery. Virgin Atlantic's fleet of Airbus A330-900s is scheduled to enter service with intercontinental flights between the Americas and the United Kingdom in the second half of this year.

Viasat's ability to deliver an exceptional internet experience on Virgin Atlantic's new fleet will be enabled, in part, by two factors: industry-leading capacity across Viasat's planned global satellite network and the Company's ability to leverage that capacity efficiently. The critical challenge to great connectivity in aviation is that passenger demand is exponentially higher in the most heavily concentrated geographical areas, such as large airport hub cities (London and New York, for example) and busy flight corridors. The adaptability of Viasat's satellite network is designed to meet this demand density challenge with ample capacity, which is critical to address the continually rising data requirements of the most bandwidth intensive applications of the internet.

Don Buchman, Viasat's vice president and general manager, Commercial Aviation, added, "We're thrilled that Virgin Atlantic – an airline with innovation and customer service at its core -- has chosen Viasat as its IFC partner on its new Airbus aircraft. We have a strong history of delivering quality IFC on long-haul flights and look forward to bringing our technology and service capabilities to Virgin Atlantic and its customers."

Tell a friend:
Virgin Atlantic Selects Viasat for In-Flight Connectivity on its New Airbus A330-900 Fleet