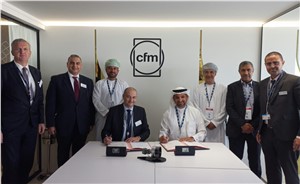 In a ceremony here today, Salam Air and CFM International finalized an engine maintenance agreement coupled with the acquisition of spare engines.

Salam Air, first low-cost carrier in the Sultanate of Oman, began scheduled domestic operations in January 2017 and has since expanded to serve more than 32 destinations around the Middle East, Africa, India, Nepal, Pakistan, and Turkey, among others. The airline operates a fleet of seven CFM LEAP-1A-powered Airbus A320neo family aircraft, with plans to introduce an additional A321neo in 2022.

“We have been with Salam Air since the beginning and it has been a privilege to watch them grow so quickly and so successfully,” said Philippe Couteaux, vice president of Sales and marketing for CFM International. “We appreciate the continued trust they have placed in people and our products and look forward to the continued expansion of our relationship in the future.”

SalamAir CEO, Captain Mohamed Ahmed said, “With the expansion plans we have for the airline and the current upward trend we see in air travel; CFM is reliable partner to support our engine requirements. Thus, we hope to continue our partnership with CFM which we hope will strengthen our responses and turnaround.”