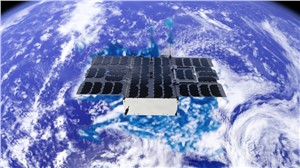 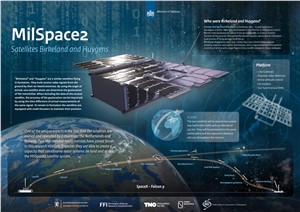 Defence Vision 2035 states that space has become a crucial link in the information-driven operations of the armed forces. The defence organisation is very dependent on satellites, for example for navigation and communication systems.

This is the second time that the Netherlands Ministry of Defence has launched satellites. It is therefore implementing Defence Vision 2035.

The satellites, each of which is not much larger than six one-litre cartons of milk, each measuring approximately 30x20x10 cm, are named after Norwegian physicist Kristian Olaf Birkeland and the Dutch astronomer Christiaan Huygens.

MilSpace
Strategic mutual assistance in research and technology (SMART), military use of space (MilSpace) and cooperation in science and technology are elements of the bilateral agreement between the ministries of defence of the Netherlands and Norway.

The project team that is acting on behalf of the two ministries consists of the Norwegian Defence Research Establishment (FFI), the Royal Netherlands Aerospace Centre (NLR) and the Netherlands Organisation for Applied Scientific Research (TNO).