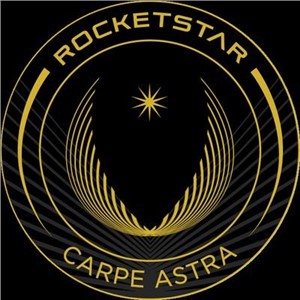 RocketStar has been awarded a contract by the United States Air Force (USAF) AFWERX program for a Phase II Small Business Innovation Research (SBIR) award to continue its effort in the development a fusion-powered space engine called the Boron-Enhanced Electric Propulsion (BEEP) Drive. The BEEP Drive project is a collaboration between Rocketstar, Rhea Space Activity, Inc., and Miles Space, Inc.

The award marks an essential next step for RocketStar’s evolving offering of space propulsion technologies. The new grant was secured based on extraordinary Phase 1 results, which saw the company and its partners achieve aneutronic fusion by observing a high degree of alpha particles. RocketStar’s aneutronic fusion technology creates a fusion reaction of a boron nucleus with a proton that produces alpha particles.

This Phase 2 award will allow for third party validation of the fusion, as well as the ability to accurately quantify thrust output.

Christopher Craddock, CEO and Founder of RocketStar, stated: "We're honored to have been selected by the Air Force for this Phase 2 award, which not only acknowledges the compelling results we achieved in Phase 1, but gives us a path towards the possibility of creating a bona-fide in-space fusion thruster that can be affixed to most existing thrusters."

"It comes down to two things: electric propulsion is moving to water as a fuel, and fusion doesn’t have to be contained to be useful. A water-based thruster can cause fusion in its exhaust plume and achieve benefits akin to an afterburner.” explains Wesley Faler, CEO of Miles Space.