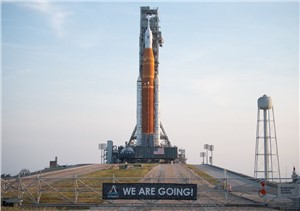 Two Northrop Grumman Corporation (NYSE: NOC) five-segment solid rocket boosters will help launch the first flight of NASA’s Space Launch System (SLS) rocket from Pad 39B at Kennedy Space Center, Florida as early as August 29, 2022, as part of the Artemis I mission . Manufactured at Northrop Grumman’s northern Utah facility, the world’s largest rocket boosters will provide over 75 percent of the rocket’s thrust at launch for the first in a series of Artemis missions.

“Northrop Grumman’s solid rocket boosters used for Artemis I are the largest and most powerful ever built for flight and help power America’s new era of human space exploration,” said Wendy Williams, vice president, propulsion systems, Northrop Grumman. “Leveraging decades of expertise and flight experience, the SLS boosters are vital to this mission because each provides 3.6 million pounds of thrust, which is more than 75 percent of the rocket’s total thrust.”

Northrop Grumman developed these boosters with a fifth segment and 25 percent more propellant and power. At launch, the 177-foot-long boosters will produce 3.6 million pounds of thrust supporting the heavy-lift capabilities and mission objectives of the SLS rocket and Artemis.

Northrop Grumman will continue to boost SLS through 2031, and also help protect astronauts with the abort motor and attitude control motor for the Orion spacecraft’s launch abort system atop the SLS rocket. Additionally, the company supports Artemis by providing the Habitation and Logistics Outpost module for NASA’s Gateway and is internally developing a lunar terrain vehicle which supports human and robotic exploration of the moon and beyond.