Gaia reveals the past and future of the Sun

Gaia reveals the past and future of the Sun 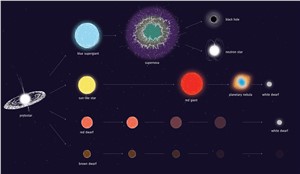 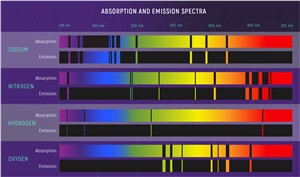 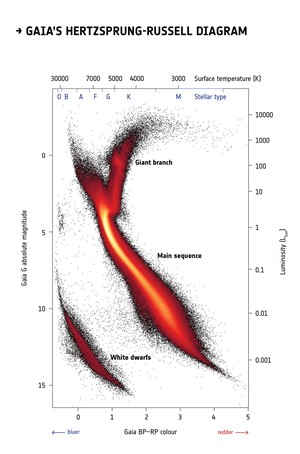 We all wish that we could sometimes see into the future. Now, thanks to the very latest data from ESA’s star mapping Gaia mission, astronomers can do just that for the Sun. By accurately identifying stars of similar mass and composition, they can see how our Sun is going to evolve in the future. And this work extends far beyond a little astrophysical clairvoyance.

Gaia’s third major data release (DR3) was made public on 13 June 2022. One of the major products to come out of this release was a database of the intrinsic properties of hundreds of millions of stars. These parameters include how hot they are, how big they are, and what masses they contain.

Gaia takes exceptionally accurate readings of a star’s apparent brightness, as seen from Earth, and its colour. Turning those basic observational characteristics into the intrinsic properties of a star is painstaking work.

Orlagh Creevey, Observatoire de la Côte d’Azur, France, and collaborators from Gaia’s Coordination Unit 8, are responsible for extracting such astrophysical parameters from Gaia’s observations. In doing this, the team are building on the pioneering work of astronomers working at Harvard College Observatory, Massachusetts, in the late 19th and early 20th centuries.

At that time, astronomers’ efforts were centred on classifying the appearance of ‘spectral lines’. These are dark lines that appear in the rainbow of colours produced when a star’s light is split with a prism. Annie Jump Cannon devised a sequence of spectral classification that ordered the stars according to the strength of these spectral lines. This order was subsequently found to be directly related to the temperature of the stars. Antonia Maury made a separate classification based upon the width of certain spectral lines. It was later discovered that this related to the luminosity and age of a star.

Correlating these two properties allows every star in the Universe to be plotted on a single diagram. Known as the Hertzsprung-Russell (HR) diagram, it has become one of the cornerstones of astrophysics. Devised independently in 1911 by Ejnar Hertzsprung and in 1913 by Henry Norris Russell,a HR diagram plots a star’s intrinsic luminosity against its effective surface temperature. In doing so, it reveals how stars evolve throughout their long life cycles.

While the mass of the star changes relatively little during its lifetime, the star’s temperature and size varies greatly as it ages. These changes are driven by the type of nuclear fusion reactions that are taking place inside the star at the time.

With an age of around 4.57 billion years, our Sun is currently in its comfortable middle age, fusing hydrogen into helium and generally being rather stable; staid even. That will not always be the case. As the hydrogen fuel runs out in its core, and changes begin in the fusion process, we expect it to swell into a red giant star, lowering its surface temperature in the process. Exactly how this happens depends on how much mass a star contains and its chemical composition. This is where DR3 comes in.

Orlagh and colleagues combed the data looking for the most accurate stellar observations that the spacecraft could offer. “We wanted to have a really pure sample of stars with high precision measurements,” says Orlagh.

They concentrated their efforts on stars that have surface temperatures of between 3000K and 10 000K because these are the longest-lived stars in the Galaxy and hence can reveal the history of the Milky Way. They are also promising candidates for finding exoplanets because they are broadly similar to the Sun, which has a surface temperature of 6000K.

Next, Orlagh and colleagues filtered the sample to only show those stars that had the same mass and chemical composition as the Sun. Since they allowed the age to be different, the stars they selected ended up tracing out a line across the H-R diagram that represents the evolution of our Sun from its past into its future. It revealed the way our star will vary its temperature and luminosity as it ages.

Finding stars similar to the Sun is essential for understanding how we fit into the wider Universe. "If we don't understand our own Sun – and there are many things we don't know about it – how can we expect to understand all of the other stars that make up our wonderful galaxy,” says Orlagh.

It is a source of some irony that the Sun is our nearest, most studied star yet its proximity forces us to study it with completely different telescopes and instruments from those that we use to look at the rest of the stars. This is because the Sun is so much brighter than the other stars. By identifying similar stars to the Sun, but this time with similar ages, we can bridge this observational gap.

To identify these ‘solar analogues’ in the Gaia data, Orlagh and colleagues looked for stars with temperatures, surface gravities, compositions, masses and radii that are all similar to the present-day Sun. They found 5863 stars that matched their criteria.

With data release 3, Gaia’s supremely accurate instrumentation has allowed the stellar parameters of more stars to be determined more precisely than ever before. And that accuracy will ripple out to many other studies, For example, knowing stars more accurately can help when studying galaxies, whose light is the amalgamation of billions of individual stars.

“The Gaia mission has touched everywhere in astrophysics,” says Orlagh.

So, almost certainly, it will not only be the Sun’s past and future that this work helps illuminate.

Tell a friend:
Gaia reveals the past and future of the Sun