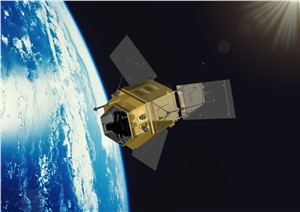 ESA has awarded a contract worth €160 million to Airbus in the UK to build the Earth Explorer FORUM satellite. This exciting new mission will yield unique insight into the planet’s radiation budget and how it is controlled – thereby filling in a critical missing piece of the climate jigsaw.

Realised within ESA’s FutureEO programme, Earth Explorers are pioneering research satellites. Each of these extraordinary missions carries innovative space technology and each, without exception, has exceeded their original science objectives.

Time and time again, they show how novel spaceborne instruments and measuring techniques can return an astonishing wealth of scientific findings about our planet – which, in turn, benefits society at large.

FORUM promises to be all of this and more – importantly, bringing new understanding to atmospheric processes linked to climate change.

Earth’s surface temperature is driven by the radiation balance at the top of the atmosphere, but this balance has been disturbed by the emission of greenhouse gases, trapping heat in the atmosphere that would otherwise escape into space.

More than half of Earth’s outgoing longwave energy is in the far-infrared part of the electromagnetic spectrum but this particular part of the spectrum has never been measured before.

Filling this gap, FORUM will measure across the far-infrared part of the electromagnetic spectrum.

These measurements are important because Earth’s outgoing radiation at these wavelengths is strongly affected by water vapour and ice clouds, which in turn, play a key role in regulating surface temperatures.

Measurements from this ambitious new mission will improve confidence in the accuracy of climate change assessments that form the basis for future policy decisions.

Following the first development phases and its final selection as the ninth Earth Explorer, ESA has awarded the contract to build the FORUM mission to Airbus in the UK.

At a ceremony marking the contract signature, held yesterday at the Houses of Parliament in London, Simonetta Cheli, ESA’s Director of Earth Observation Programmes, said, “We are thrilled to award the industrial contract to Airbus in the UK as Prime Contractor for FORUM, with OHB in Germany responsible for the instrument. FORUM adds to our highly successful family of Earth Explorer missions and, by acquiring novel information, will bring great benefits to climate science.”

Jean-Marc Nasr, Head of Space Systems at Airbus added, “This critical Earth observation mission to measure infrared radiation from the Earth for the first time, will give scientists and climatologists the data they need to improve their global warming forecasts.

“It builds on Airbus’ heritage in designing and manufacturing cost efficient small Earth observation missions including  Copernicus Sentinel-5P and is the sixth Airbus primed Earth Explorer mission for the European Space Agency.”

George Freeman, Minister for Science, Research and Innovation, said, “This important new mission to further improve the accuracy of climate forecasts and view our planet through new eyes is another illustration of UK space tech expertise. Scientists at Imperial College London provided key support to ESA in defining FORUM’s science objectives and the satellite is set to be built by Airbus in Stevenage.

“This is a significant industrial contract which demonstrates the UK’s strengths in Earth observation technology and satellite manufacturing, as well as our global leadership in tackling climate change.”

Dominique Gillieron, ESA’s Earth Explorer Programme Manager, noted, “FORUM, which we plan to launch from Europe’s Spaceport in French Guiana in 2027, is a single-satellite mission that will carry a Fourier Transform Spectrometer that can measure across Earth’s entire far-infrared part of the electromagnetic spectrum.

“It will be the very first time that this part of the spectrum will be measured from space with this accuracy and this will greatly contribute to climate research.

“With FORUM’s important role to play, this contract is a significant milestone and we look forward to the build ahead.”