VRM Switzerland and Airbus Helicopters Work Together to Qual 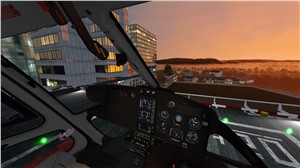 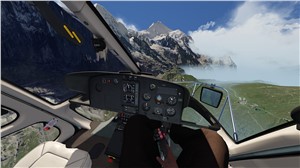 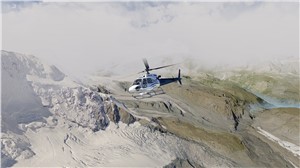 Simulation for flight safety
The H125 virtual reality simulator is a brand new approach to training that uses virtual reality technology to make training not only more affordable for operators, but also provides a level of ‘realness’ allowing them to feel like they're in a real H125 in all phases of flight and during emergency situations.

“Today, operators execute, as per regulation, manoeuvre-based proficiency checks mostly on real helicopters. With this simulator, pilots can learn more purposefully in scenario-based trainings completely without carbon emissions and at a lower cost,” says Fabi Riesen, CEO of VRM Switzerland. “With FTD level 3 EASA qualification, this device is now approved for proficiency checks, type ratings according to EASA part FCL, and parts of an instrument rating.”

Safety is one of the main priorities at Airbus Helicopters with the company striving for zero safety incidents. As the majority of accidents are linked to human and organisational factors, training has a major part to play in improving safety throughout the industry.

“With this type of simulator, you can put the pilot in operational situations which would be very risky in real flight but which bring a significant added value to training. It is true for emergency procedures but also for scenarios like flying in weather conditions that gradually deteriorate,” says Gilles Bruniaux, Head of Product Safety at Airbus Helicopters.

A collaboration between regulator and industry to enhance flight safety
As these new affordable and much more accessible training devices are pioneers on the market, they promise to be game changers for the industry and have undergone rigorous qualification processes in order to ensure their safety and level of effectiveness.

“The H125 FTD approval represents a milestone for the use of virtual reality in devices from Flight Navigation Procedures Trainers (FNPTs) to FTDs. EASA has carefully investigated the capabilities and effects of this combination of VR and motion systems for helicopter training. EASA is confident that such types of new technologies will bring added value to training organisations in terms of cost and flight safety,” says Francesco Gaetani, Acting Head of Air Crew & Medical Department at EASA.

The simulator utilises new technologies not foreseen in existing regulatory requirements, therefore EASA was required to develop special conditions for its approval, ensuring an equivalent level of safety.

David Solar, Head of General Aviation and VTOL department at EASA, emphasises: “The EASA and Rotorcraft Industry commitment and objective back in 2018 when endorsing the Rotorcraft Safety roadmap was to have visible and concrete results within five years. The VRM H125 FTD qualification is one of the tangible outcomes of the Rotorcraft Safety Roadmap, paving the way for more affordable and potentially more versatile training devices that can be used for enhancing overall rotorcraft safety. It also shows that collaboration between a regulator and within industry is the best way to get all stakeholders to move forward.”

Airbus Helicopters and VRM Switzerland signed a partnership agreement
VRM Switzerland and Airbus Helicopters signed a commercial partnership agreement during the 2022 Heli Expo in Dallas, Texas, for the commercialisation of the simulator. In the frame of this agreement, both companies will cooperate  to deploy the device worldwide and identify new areas of development for other helicopters and missions.

“When we first met VRM Switzerland, we instantly recognized the great potential of the simulator and the added value in the training environment in terms of safety, affordability and flexibility. Airbus Helicopters  is committed to enhancing safety for customers and we believe this type of training device will pave the way,” says Sabrina Barbera, head of Training & Flight Ops at Airbus Helicopters.