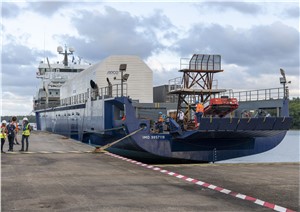 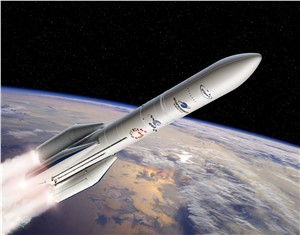 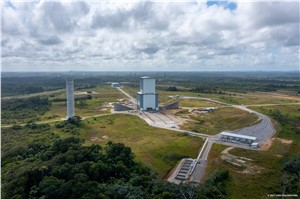 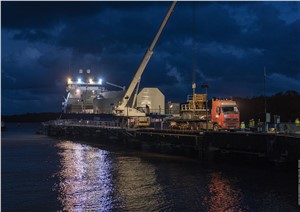 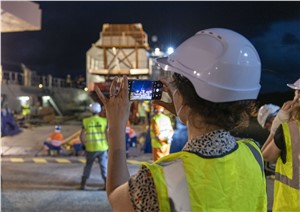 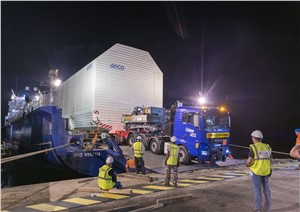 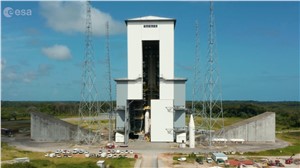 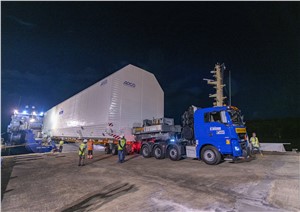 The central core of ESA’s new generation Ariane 6 launch vehicle has arrived in French Guiana from Europe. This enables combined tests at Europe’s Spaceport where Ariane 6 parts will come together on the launch pad for the first time.

“To have Ariane 6 at Europe’s Spaceport is tremendously exciting. This is a major milestone, the culmination of intense preparation by ESA and partners in Europe and at Europe’s Spaceport, and an important step towards proving Ariane 6 is ready for flight,” commented Daniel Neuenschwander, ESA Director of Space Transportation.

Ariane 6 will be capable of carrying out many types of missions to various orbits thanks to its multiple reignition capability and modular design. Using two or four boosters to suit the required performance, this new launch vehicle further extends and secures Europe’s independent access to space.

Ariane 6’s central core comprises a lower stage and upper stage. The lower stage is from ArianeGroup’s Les Mureaux site in France; the upper stage is from ArianeGroup’s Bremen factory in Germany. They will be used in ‘combined’ tests which will verify all the interfaces and functions between the Ariane 6 launch vehicle and ground facilities at the spaceport.

Upon arrival by boat at Pariacabo harbour, the two containers were transported by road to the new Ariane 6 launch vehicle assembly building – part of the Ariane 6 launch complex at Europe’s Spaceport. Here, the rocket stages will be unpacked and installed on the assembly line machinery for integration, to form the Ariane 6 central core.

Combined tests will mimic a launch campaign
From arrival to hot-firing tests on the launch pad, operational procedures will follow as closely as possible those for any Ariane 6 launch campaign.

First, the central core will be integrated horizontally inside the Ariane 6 launch vehicle assembly building then taken to the launch pad and raised vertical inside the mobile gantry. This is a major difference with respect to the current Ariane 5 launch campaign.

The mobile gantry has moveable platforms so that engineers can access the whole vehicle for integration.

Four mock-up solid rocket boosters will be strapped to the lower stage. These are the same weight and dimensions as the real boosters and enable engineers to practise the procedures and test the equipment.

The flight software and tank filling and draining operations will be tested too. These are vital to ensure a safe launch sequence, whether it is nominal or interrupted.

While some elements of the launch pad infrastructure are unfinished, the risky and complex tests of the ground systems have been previously completed and the new Ariane 6 launch complex was inaugurated last year.

Meanwhile, tests in mainland Europe will mimic space
Meanwhile, a further complete Ariane 6 upper stage is being prepared for hot-fire tests at the DLR German Aerospace Center in Lampoldshausen, Germany. Tests inside a special facility will mimic the conditions of space and verify the innovative systems which enhance the versatility of Ariane 6.

Further tests at ESA’s Technical Centre in the Netherlands, ESTEC, will include separation tests of the lower and upper stage.