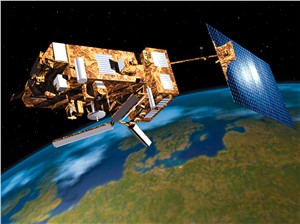 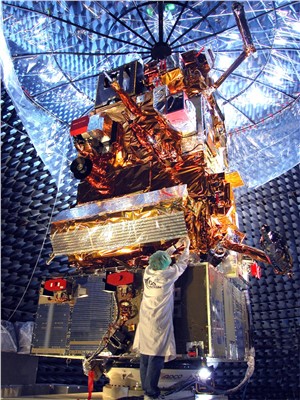 After 15 years of successful operations ESA´s/Eumetsat´s weather satellite MetOp-A, which was built in the satellite centres of Airbus Defence and Space at Toulouse (France) and Friedrichshafen (Germany), has now retired. Launched on 19 October 2006, MetOp-A has tripled its planned lifetime and has become a game changer in contributing to weather forecasting and climate research.

MetOp-A was Europe’s first operational polar-orbiting satellite and the first in a series of three satellites which has brought tremendous benefits to numerical weather prediction (NWP). The satellite was packed with a set of novel and advanced instruments as well as with proven sensors. With the combined use of these eleven instruments, MetOp-A was the most influential weather satellite of its generation.

The combined use of data from the original Metop satellites, of which two remain operational in orbit, represents on average nearly 45% of observations used at the European Centre for Medium-Range Weather Forecasts (ECMWF) and accounted for around 27% of the total impact of all observations assimilated by the Centre.

Data from Metop helps to analyse many aspects of the atmosphere in the forecasting model: the vertical distribution of temperature, humidity and indirectly the wind (IASI, AMSU-A, MHS and GRAS); surface winds (ASCAT); surface moisture over land (ASCAT); atmospheric winds (AVHRR); and ozone (GOME-2).

Derived products from IASI, GOME-2 and AVHRR are used to monitor and constrain many aspects of atmospheric composition.

The Airbus made ASCAT was a new generation scatterometer instrument designed primarily to measure surface wind over oceans. The data are also useful to derive soil moisture over land.

The instrument is equipped with two sets of three antennae allowing simultaneous measurements to be made from three directions to reduce the wind direction ambiguity.

For extended periods, ASCAT was the only scatterometer providing marine surface winds.

The Airbus built Microwave Humidity Sounder (MHS) instrument delivers atmospheric temperature and water vapour information for use in Numerical Weather Prediction (NWP) forecasts enabling short term weather forecasts to be made with greater accuracy.  It is also sensitive to liquid water in clouds and so measures cloud liquid water content, and it provides qualitative estimates of the precipitation rate. The follow up instrument to MHS is the MWS (Microwave Sounder) also built by Airbus, and all MetOp-SG satellites will be equipped with them.