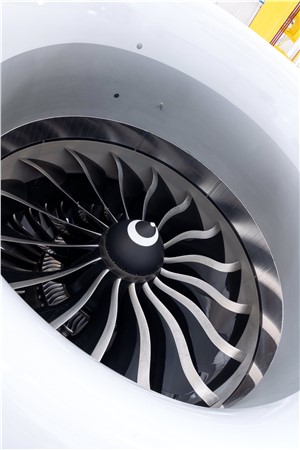 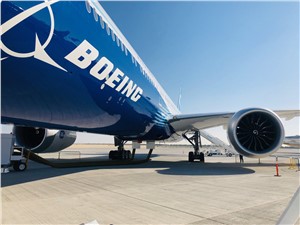 The FAA-certified GE9X, designed specifically for the Boeing 777X, has accomplished another milestone, with a new series of tests validating the enhanced durability of the engine.

GE Aviation engineers injected a stream of dust debris into a GE9X test engine to analyze how it would perform throughout the entire flight envelope, from takeoff through cruising speed and landing.

“Our test findings further validate our confidence that the GE9X will meet the durability and reliability expectations of our customers upon entry into service,” said GE9X program general manager Karl Sheldon. “After 1,600 cycles of test execution and post-borescope inspection, all components functioned as expected. A full module and component tear down will commence and complete by the end of the year.”

These test simulations represent the everyday flying the GE9X engine will perform in some of the harshest environments found around the world.

“We've learned a great deal over the years from our widebody engine programs about ways to prevent hot and cold section engine degradation caused by sand and dust ingestion," Sheldon said. “The GE9X engine includes new, patented technology from these learnings that is specifically designed to keep dust and sand out of the engine.”

The GE9X is infused with the latest technology from GE’s toolbox, including a highly efficient, next-generation 27:1 pressure-ratio high-pressure compressor; a third-generation low emissions TAPS III combustor; more than 300 3D-printed parts including dust separation technology via a 3D-printed particle separator; and lightweight and durable ceramic matrix composite (CMC) material in the combustor and turbine.

It offers an unmatched combination of power and fuel efficiency to the widebody segment. Currently, the GE9X is the most powerful aircraft engine in history and the quietest GE engine ever produced (pounds of thrust per decibel). On the Boeing 777X, the aircraft/engine combination is targeted to deliver a 20 percent fuel burn improvement to customers. The GE9X engine provides best in class emissions, achieving 55% below current NOx regulatory requirements.

The GE9X has been through the most rigorous testing program of any of GE commercial aircraft engines. In September 2020, the GE9X engine received FAR Part 33 engine certification by the U.S. Federal Aviation Administration with just under 5,000 hours and 8,000 cycles of certification testing. This included 72 test flights and more than 400 hours on GE Aviation’s 747-400 flying testbed.

GE Aviation anticipates it will complete GE9X Extended-range, Twin-engine Operations (ETOPS) testing, which supports FAR Part 33 and Part 25 certification, in the first half of 2022.