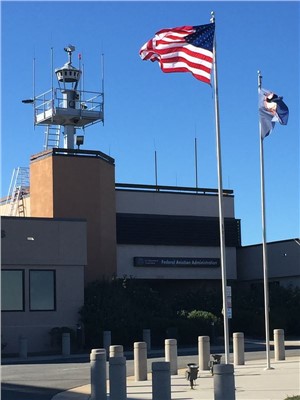 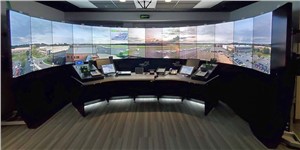 The Saab rTWR system deployed at Leesburg includes fixed High-Definition (HD) cameras and controller displays, maneuverable optical and infrared cameras, microphones, and a signal light gun. In addition to live video, controllers have the full suite of tools required to operate the airport in a similar manner as they would in any other ATC tower. This milestone FAA decision has positioned the Leesburg airport – the second-busiest general aviation airport in Virginia – one step closer to permanent ATC services, while avoiding the ever-increasing expense of constructing and maintaining a conventional, multi-story ATC tower.

What started in 2014 as a public-private partnership among Saab, Virginia SATSLab Inc., and the Town of Leesburg, the U.S. launch of Saab’s rTWR system subsequently became the first under the FAA Remote Tower Pilot Program. More than five years of FAA formal evaluations and safety panels led to an initial operational phase, during which time certified controllers safely managed over 75,000 operations at Leesburg.  Prior to installation of the rTWR, the busy airport lacked ATC services.

“Today’s announcement brings us even closer to an FAA-certified, lower-cost alternative for U.S. general aviation airports needing to replace their aging towers, or for busy airports similar to Leesburg seeking to add ATC services,” said Erik Smith, President and CEO of Saab, Inc.  “This is a revolutionary step for ATC, and Saab is proud to lead the way.”

“This first-of-its kind decision in the U.S. culminates seven years of partnership with the Commonwealth of Virginia, the Town of Leesburg, Saab, and the FAA to conduct operational evaluations of an industry-leading, video-based rTWR system at the Leesburg airport,” said Virginia Department of Aviation Director Mark Flynn. “This is another great example of Virginia SATSLab advancing innovative ATC technologies that will one day benefit additional general aviation airports across the Commonwealth.”

“I’m proud that Leesburg is home to the first site in the FAA’s Remote Tower Pilot Program,” said Representative Jennifer Wexton (D-Leesburg). “Congress initiated this program to demonstrate that remote tower technology can provide safe, efficient, and cost-effective air traffic control services in unique and congested airspace, and we’ve confirmed that in Leesburg. I have been glad to support this innovative program in Congress, and I will continue to work toward positioning Leesburg to one day join the Federal Contract Tower Program.”

“I’m glad to witness yet another successful milestone in the remote tower system that FAA started in Leesburg,” said Senator Tim Kaine (D-Virginia). ”The example at Leesburg Executive Airport will be one that benefits general aviation airports across the country as this exciting technology is deployed in more places. I have been proud to support this project for many years, and I look forward to continue supporting it as the remote tower moves closer toward joining the FAA’s Contract Tower Program full-time.”

“In 2018, I authored legislation to create the Remote Tower Pilot Program and I’m glad to see the FAA greenlight continued operations of the program. The Remote Tower Pilot Program, which has been administered by Saab, Virginia SatsLab, Virginia DOT, and Leesburg Executive Airport, has been a huge success,” said Representative John Katko (R-Syracuse).  “As Ranking Member on the House Committee of Homeland Security, I recognize the importance of deploying innovative and cost-effective technology to make our airports and our airspace safer. I applaud Saab and its partners for leading on these efforts.”

“As Leesburg Mayor, I am delighted that the FAA’s innovative and creative Remote Tower Pilot Program has been approved for continued use at the Leesburg Executive Airport.  I’ve advocated for a tower at Leesburg Executive Airport for years.  This is an important step in providing a permanent, safe solution for our increasingly busy airport,” said Kelly Burk, Mayor of the Town of Leesburg. “Our airport is an economic engine in our community.  Improving its safety and efficiency is a priority for Leesburg.”

Saab’s first rTWR system deployment in Sweden was certified and commissioned in April 2015, and systems are now in operation or being tested at over a dozen international airports.