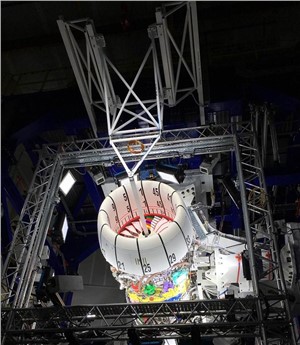 Rolls-Royce’s Pearl® 700 engine programme has successfully achieved further important test milestones on its way to certification and entry into service in 2022, reaching more than 8,000 test cycles and more than 3,000 testing hours.

During the test campaigns, the Pearl 700 has proved its reliability and performance under extreme conditions, experiencing cold start temperatures, where fuel viscosity is comparable to honey. The engine has performed equally well in hot conditions, successfully completing long, high power endurance runs and high-cycle tests, and has successfully demonstrated that it can run on 100% Sustainable Aviation Fuel (SAF). Not even the global pandemic could stop the rigorous test regime – the medium bird strike test was performed with a novel remote set-up allowing key members of the team to join the test virtually.

The flight test programme started in February 2020 and is progressing very well with a fleet of five dedicated flight-test aircraft and one production-test aircraft. The advanced Pearl 700 engines are performing exceptionally well and have already powered Gulfstream’s new flagship aircraft G700 beyond its maximum operating speed and cruise altitude, flying nearly as fast as the speed of sound (Mach 0.99/1,220 kilometres per hour) while reaching an altitude of 54,000 ft/16,459 m. In typical operations, the G700 has a maximum operating speed of Mach 0.925 and a maximum cruise altitude of 51,000 ft/15,545 m, which allows it to fly above commercial air traffic and the weather in the troposphere. During its first international visits to the Middle East and Europe the aircraft set two city pair speed records and a third speed record on its return trip to the United States.

Dr Dirk Geisinger, Director Business Aviation, Rolls-Royce, said: “Seeing the Pearl 700 programme running at such a fast pace makes me really proud of the team behind it. In addition to the extensive ground testing, the flight test campaign is progressing exceptionally well. Today, it stands at more than 3,000 engine flying hours from more than 2,000 engine flights and with the G700 test aircraft fleet in the air these numbers are increasing daily. The pioneering technology and the outstanding performance of the Pearl 700 supports Gulfstream’s business aircraft in reaching new standards for the top end of the ultra-long-range corporate jet market.”

The highly efficient Pearl 700 combines the Advance2 engine core, the most efficient core available across the business aviation sector, with a brand-new low-pressure system, resulting in an eight per cent increase in take-off thrust at 18,250lb compared to the BR725 engine. The engine offers a five per cent higher efficiency, while maintaining its class-leading low noise and emissions performance.

It brings together innovative technologies derived from the Rolls-Royce Advance2 technology demonstrator programme with our experience from the Rolls-Royce BR700, today’s leading engine family in business aviation. This includes a highly-efficient blisked fan, a high pressure compressor with a market-leading pressure ratio of 24:1 and six blisked stages, an ultra-low emissions combustor, a two-stage shroudless high pressure turbine and an enhanced four-stage low pressure turbine that is one of the most efficient and compact in the industry.

The engine was developed at the Rolls-Royce Centre of Excellence for Business Aviation Engines in Dahlewitz, Germany.