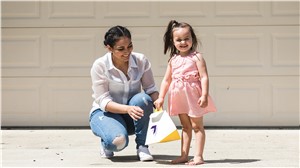 This September will mark our second anniversary in Logan, Australia -- a neighbour of Brisbane with a population of 300,000 -- and it’s  been an unprecedented time in more ways than one. Between bushfires of 2019, and the more recent COVID-19 lockdowns, Logan  residents have ordered and received more than 50,000 deliveries directly to their homes by Wing delivery drones.

Logan is one of the fastest growing cities in Australia, and this year we’ve invested there to expand to serve 19 suburbs with a combined population of more than 110,000 people. Logan residents have responded, ordering thousands of drone deliveries on-demand each week, and the city has laid a strong claim to be the drone delivery capital of the world.

Globally, Wing is on pace to surpass the 100,000 customer delivery mark in the next few days--on top of hundreds of thousands of test flights--with over 50,000 of those delivered to Logan customers in the last eight months alone. Logan residents ordered almost 4,500 deliveries in the first week of August, meaning that a Logan resident on average received a drone delivery nearly once every 30 seconds during our service hours.

What distinguishes the Logan operation from the various tests and trials going on around the world, beyond its order volume, is that it is a live, automated, and on-demand service. When an order comes in, Wing’s software systems send the best aircraft to perform the delivery from among Wing’s multiple operations sites. Then, our systems use data about the operational environment--Wing’s software performs and analyses 15 million simulations each day to analyse changes in weather and terrain, stress test our delivery systems and continually improve our routing--to create a custom, optimal path for the aircraft to follow to the very spot the customer selects for delivery, either at their home or in some cases, their office.

This technology has enabled our customers in Logan to start their days with more than 10,000 cups of fresh barista-made coffee in the last year, delivered right to their homes. As their kids transitioned to remote-learning, parents have ordered more than 1,700 snack packs to keep break times interesting. And we’ve made more than 1,200 hot chooks (that’s Australian for roasted chicken) fly just in time for dinner.

Perhaps what’s most exciting about the growth of the operation in Logan is that there are hundreds of cities around the world of similar size: New Orleans, USA, Manchester, England or Florence, Italy, just to name a few. More than 2 billion people around the world live in cities with populations fewer than 500,000. Logan’s success implies a not-too-distant future in which similar high-volume drone delivery services could be replicated in similar cities, and even larger metro areas, around the world.

We have some exciting announcements coming in the coming months: new cities, new partners and new technology. So stay tuned, things are just starting to take off.