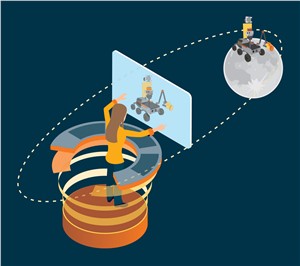 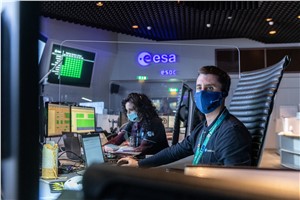 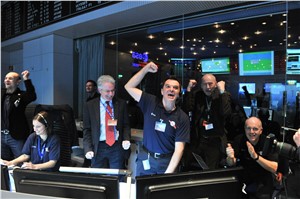 ESA has successfully operated a spacecraft with Europe’s next-generation mission control system for the first time. The powerful software, named the 'European Ground System - Common Core' (EGS-CC), will be the ‘brain’ of all European spaceflight operations in the years to come, and promises new possibilities for how future missions will fly.

On 26 June 2021, ESA’s OPS-SAT space lab became the first spacecraft to be monitored and controlled using the EGS-CC – proving that this software of the future is ready to be extended across current and future missions flown from Europe.

The software was developed by ESA, European National Space Agencies and space industry, and will be freely available to all European entities, ensuring the continents’ place at the competitive forefront of space exploration.

Space lab tests Europe’s new brain
ESA’s OPS-SAT ‘Space Lab’ is a CubeSat developed with the sole intention of being a guinea pig for new operational software, too risky to test on other missions. And it is open for the public to experiment with!

“Using the EGS-CC control system, teams at ESA’s ESOC Operations Centre monitored and controlled the 30 cm spacecraft – successfully sending a set of routine commands and receiving data from the mission.”

After years of intensive industrial development, the EGS-CC system has finally been put to work at the task it was made for – ensuring the smooth and reliable operation of a real satellite in space.

“This has been a hugely successful validation of this new versatile control system, demonstrating the exciting future of mission control technologies and Europe’s leading position in space”, said Klara Widegard, EGOS-CC Project Manager.

Why this matters
More missions are being launched today than ever before, required to perform a wide variety of tasks from monitoring Earth’s landmasses, oceans and climate to peering out into deep space and even grabbing hold of defunct debris objects and bringing them back down to Earth.

Operated by an ever-growing number of space actors, these missions all need to send their precious data home, receive vital commands, perform automated on-board tasks and even make use of artificial intelligence technologies as they continue to evolve.

Clearly, designing a new control system to cater for each spacecraft’s needs and goals would use up precious time and resources. With a shared infrastructure any number of missions and mission types can share a “common core”, minimising the need to tailor software to each one and importantly meaning that missions can be flown by multiple operators.

This new software opens up the possibility to operate bigger missions collaboratively, with multiple operators working in a distributed manner across countries and control centres, allowing them to work together to share expertise and support each other including during critical moments in a mission. It has been designed to encourage a collaborative approach in the space community bringing in flexibility and opportunities for exploitation not previously possible.

The EGS-CC is the latest evolution in Europe’s shared space control system, and will bring with it a range of benefits including faster transitions between the life stages of a mission - from assembly to testing and ultimately in-space flight operations; reduced cost and risk for missions; evolving ground systems for missions of the future; working towards a ‘European Network of Centres’; and providing European industry with a powerful tool with which they can compete on the global market.

In orbit servicing, illustrating space’s flexible future
As space fills with more and more debris, ESA’s plans to develop a range of ‘in-orbit servicing’ technologies that will refuel, refurbish and de-orbit spacecraft illustrates why the future of space needs to be flexible.

For tasks such as these, missions will need to fly various instruments and adapt to unpredictable space conditions. Vitally, multiple missions operated by different organisations will need to work together at the same time, sharing the controls to their spacecraft - the EGS-CC will be adapted exactly for this task.

Currently flown missions are already being selected to move over to the new software and from 2025 onwards, all future missions will be operated using this new generation of mission control system in a truly multi-mission fashion, including future autonomous missions, ‘clean space’ solutions and concepts relying on distributed operations.

“At its heart, this new software marks an important step in bringing to life the space technologies of the future’, said Rolf Densing, Head of ESA’s ESOC Operations Centre.

“Close cooperation between space agencies and industry has made this possible, opening up opportunities for all space entities in Europe to fly exciting, innovative and important missions through space.”