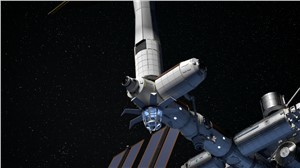 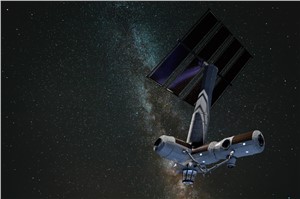 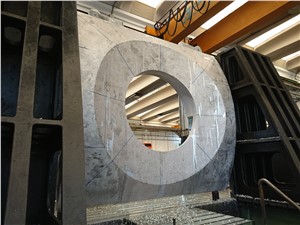 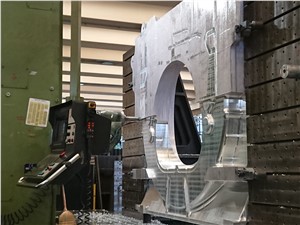 Thales Alenia Space, Joint Venture between Thales (67%) and Leonardo (33%), and Axiom Space of Houston, Texas (USA), have signed the final contract for the development of  two key pressurized elements of Axiom Space Station - the world’s first commercial space station. Scheduled for launch in 2024 and 2025 respectively, the two elements will originally be docked to the International Space Station (ISS), marking the birth of the new Axiom Station segment. The value of the contract is 110 Million Euro.

Axiom Station will serve as humanity’s central hub for research, manufacturing and commerce in Low Earth Orbit (LEO), expanding the usable and habitable volume of the ISS, attached to the ISS Node 2 module, built also by Thales Alenia Space. When the ISS is decommissioned, the Axiom modules will detach and operate as a free-flying, next-generation commercial space station, a laboratory and residential infrastructure in space, that will be used for microgravity experiments in-space manufacturing, critical exploration life support testing, and hosting both private and professional institutional astronauts. Axiom Space Station will be the cornerstone of a permanent, prosperous human presence and a thriving network of commercial activity in LEO, enabling new advances both on Earth and further out in space. The first two elements to be launched will accommodate up to 4 people each.

Today, in this occasion, Thales Alenia Space and the Italian Air Force have ratified a Memorandum of Collaboration, aiming to promote the access to low earth orbit in favour of institutions, the scientific community, industry and commercial operators, and the development of a research chain on strategic issues (medicine, materials, biogenetics, etc.) as well as to support the possibilities of technological development and OT&E (Operational Testing & Evaluation) in microgravity.

“The contact signed today with Axiom Space confirms the positioning of Thales Alenia Space as a leading industrial player in the New Space ecosystem, both for private and public missions”, stated Massimo Claudio Comparini, Thales Alenia Space Deputy CEO and Senior Executive Vice President Observation, Exploration & Navigation business line. “With the development of more than 50% of the ISS’ habitable volume, our Company has marked the history since the origins of Orbital Infrastructures programs. Based on this unique legacy, we are pioneering the future of human presence in LEO. We are pushing back the boundaries of space exploration and setting the basis for the Lunar Gateway and the Moon’s Surfaces ecosystem that will lead manned exploration missions to the red planet by the 2030’s. Humankind’s quest of sense in space is becoming a reality and we are so proud to contribute to making it come true”.

Based on its past successful experience in building modules for the International Space Station, Thales Alenia Space is responsible for the design, development, assembly and test of the primary structure and the Micrometeoroid & Debris Protection System for the two Axiom modules.

The welding activities of the primary structure of the first module will start in September 2021, with the assembly process concluding in 2022. The first module will arrive at Axiom facilities in Houston in July 2023, where Axiom will integrate and outfit the core systems and certify it for flight prior to shipping to the launch facility.

“We have convened an elite collection of expertise at Axiom to build and operate the world’s first commercial space station, and Thales Alenia Space fits right into that mold as a partner,” Axiom President & CEO Michael Suffredini, who previously served as NASA’s International Space Station Program Manager from 2005 to 2015, said. “This agreement confirms the primary structures for the next-generation destination in space will be constructed with an expert touch, serving as the core of the first human-rated spacecraft to ever be assembled in Houston.”

The project is currently undergoing a detailed design phase: the four radial bulkheads for the first module have been recently developed in Thales Alenia Space facilities in Turin. These bulkheads provide the structure to which radial Common Berth Mechanisms (CBMs) and hatches will attach. Together, the four bulkheads, with their accompanying hardware form a cylindrical section, providing four ports for other station elements, including docking adapters. The cylindrical protrusions seen on the bottom half of the bulkhead will serve as a connecting unit, allowing power, data, and fluids to pass from one element to another, including Axiom modules and the ISS.