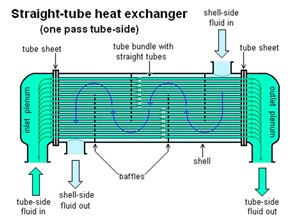 The aircraft heat exchanger market is expected to grow from an estimated USD 1.3 billion in 2021 to USD 2.0 billion by 2026, at a CAGR of 9.2% during the forecast period of 2021-2026. Some of the factors fueling the market’s growth include increasing demand for effective cooling and heating in commercial aircrafts and increase in military spending in many countries worldwide.

“The Electronics Pod Cooling segment accounts for the largest market size during the forecast period”
Based on application, aircraft heat exchanger market is segmented into Environment Control System (ECS), Engine system, Electronic Pod Cooling and Hydraulics. Heat exchangers in aircraft are used in engine, avionics, and environmental control systems, which help to control heat and maintain temperature by removing excess heat from the systems. Heat exchangers are used to cool down hydraulic fluid and is located inside the fuel tank. Electronic Pod cooling involves cooling of electronic devices such as chips, IC packages and many other airtight packaged devices. With increasing demand of automation, more electronics package needs to be fitted in smaller and tighter space and hence it has the highest increase in the CAGR during the forecast period.

“Asia Pacific is projected to grow at the highest CAGR during the forecast period.”
Asia Pacific is one of the emerging markets for aircraft heat exchanger in terms of research and development activities, deployment, and the presence of some of the key market players. The major countries under this region are the Japan, India and China. The drivers for the growth of the aircraft heat exchanger market in Japan include the need to improve aircraft systems of the Japan Self-Defense Forces, including the Japan Air Self- Defense Force (JASDF), Japan Ground Self-Defense Force, and the rising demand for better thermal management system in commercial airlines. Rising government focus on military and defense will boost market in India. China is one of the fastest-growing economies in the world. The country is expected to increase its military spending in aircraft systems, including Aircraft heat exchangers, as well as in modern military equipment to remain technologically advanced in the defense sector. Domestic airlines in China are increasingly engaged in contracts with aftermarket service suppliers to enhance their aircraft operations. Also, factors like cheap and high skilled personnel for manufacturing of aircraft heat exchangers is boosting the market in Asia Pacific region.

Major players operating in the aircraft heat exchanger market include Meggitt PLC (Britain), AMETEK(US), TAT Technologies (Israel), Triumph Group (US) and Honeywell (US). These key players offer aircraft heat exchangers applicable for commercial or defense aircrafts, spacecrafts, UAV, UCAVs and have well-equipped and strong distribution networks across the North American, European, Asia Pacific, and the Rest of the World (the Middle East, Latin America, and Africa).

Tell a friend:
Aircraft Heat Exchanger Market worth $2.0bn by 2026