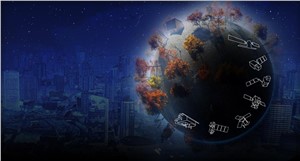 Thales Alenia Space will serve as prime contractor for the following missions:

Thales Alenia Space will also be responsible for the payload on two further missions:

The order volume resulting from the recent bid decisions is expected to be around EUR 1.8 billion. Final contract negotiations will start shortly and contract signings are expected in the coming weeks.

Hervé Derrey, CEO of Thales Alenia Space declared: “I really want to warmly thank ESA for the trust they put in our company to be on-board of five of the six new Copernicus missions, driving three of them as prime contractor. These successes are reflecting the capacity of Thales Alenia Space to address complex Earth Observation missions in various configurations including optical and radar relevant solutions. I also would like to warmly thank the European Commission, the member states, and all national space agencies in particular CNES and ASI for their strong support”.