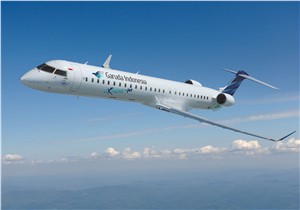 Bombardier (TSX: BBD.B) confirmed today the closing of the previously announced sale of the CRJ Series aircraft program to Mitsubishi Heavy Industries, Ltd (MHI) (TOKYO:7011) for a cash consideration of approximately $550 million, subject to post-closing adjustments and the assumption of liabilities by MHI related to credit and residual value guarantees and lease subsidies amounting to approximately $200 million. Under the agreement, the Corporation’s net beneficial interest in the Regional Aircraft Securitization Program (RASPRO), which is valued at approximately $170 million, has been transferred to MHI.

Through this sale, MHI acquires the maintenance, support, refurbishment, marketing, and sales activities for the CRJ Series aircraft, including the related services and support network located in Montréal, Québec, and Toronto, Ontario, and its service centres located in Bridgeport, West Virginia, and Tucson, Arizona, as well as the type certificates.

Bombardier will continue to supply components and spare parts and will assemble the remaining 15 CRJ aircraft in the backlog as of March 31, 2020 on behalf of MHI until the complete delivery of the current backlog, expected in the second half of 2020.

Bombardier retains certain liabilities representing a portion of the credit and residual value guarantees totalling $288 million as of March 31, 2020. This amount is largely fixed and not subject to future changes in aircraft value and is mainly payable by Bombardier over the next four years.

All amounts in this press release are in U.S. dollars unless otherwise indicated.