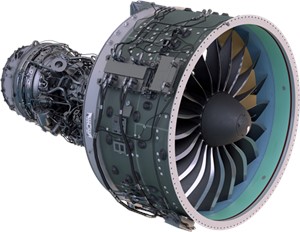 Pratt & Whitney, a division of United Technologies Corp. (NYSE: UTX), today announced that GoAir has signed an agreement selecting the Pratt & Whitney GTF™ engine for the airline's order of 72 A320neo family aircraft. Pratt & Whitney will also provide GoAir with a long-term EngineWise® Comprehensive service agreement. The aircraft are expected to begin delivery in 2021.

"We are pleased to partner with Pratt & Whitney once again for our next batch of 72 Airbus A320neo aircraft.  We believe that the Pratt & Whitney GTF fuel efficient engines are the best-in-class and most suited for our network and operations.  With its revolutionary geared fan technology the GTF engines will allow GoAir to fulfill its commitment towards carbon emissions.  These benefits result in quieter communities, quieter flights and cleaner air.  Besides, the Pratt & Whitney GTF engines will permit GoAir to continue its aggressive growth strategy and at the same time maintain our cost advantage," said Mr. Jeh Wadia, Managing Director, GoAir.

The Mumbai, India-based airline currently operates a fleet of 38 GTF-powered A320neo family aircraft. These are part of the initial GoAir order of 72 GTF-powered A320neo aircraft announced in 2012. The additional aircraft offer GoAir the opportunity to add domestic and international routes and expand capacity to provide enhanced connectivity in the region.

"India is a fast-developing and critically important region, and GoAir has been instrumental in contributing to this growth. Pratt & Whitney and GoAir share a close relationship going back to 2012, one that we are proud to grow and further strengthen with the expansion of their fleet powered by the GTF engine," said Rick Deurloo, chief customer officer and senior vice president, Customers at Pratt & Whitney. "The fuel and environmental efficiencies of the GTF engines are well-matched to the needs of GoAir, and we are honored to continue our collaboration together."