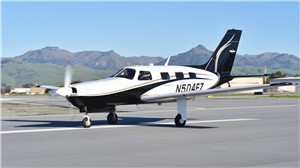 In the latest effort to make aviation sustainable and reduce greenhouse gas emissions, ZeroAvia announced today its significant advancements in developing a zero-emission, hydrogen-fueled electric powertrain. The solution aims to deliver the same performance as a conventional aircraft engine, and much lower operating costs. ZeroAvia plans to start supplying its platform to commercial operators and aircraft manufacturers in 2022, initially targeting up to 500-mile regional flights in 10 to 20-seat fixed-wing aircraft.

“With land transport rapidly decarbonizing, fast-growing air transport is quickly becoming the leading emission source, so we must find ways to make aviation more sustainable,” said Val Miftakhov, ZeroAvia Founder and CEO. “Using hydrogen produced from local renewable energy is the most practical way to enable zero-emission aircraft of commercially meaningful size on traditional 300 to 500-mile regional missions. It will also be more economical than conventional turbine engines, or even the battery-based systems, on the total cost basis. We calculate the total costs of operating a ZeroAvia aircraft to be close to half of what it costs to fly a conventional turbine aircraft, due to lower fuel input costs, higher powertrain efficiency, and reduced maintenance costs.”

ZeroAvia was founded by serial cleantech entrepreneur Val Miftakhov, who is also an avid airplane and helicopter pilot. He previously founded and was the CEO of eMotorWerks, the leading smart grid electric vehicle charging company which was acquired in 2017. The core leadership team at ZeroAvia includes alumni from Tesla, BMW, NVIDIA, Zee Aero, Air Liquide, and SystemIQ, as well as other founding members of eMotorWerks.

The company is already flight testing its powertrain prototype in a Piper M-Class airframe, which can be viewed here. The Federal Aviation Administration issued an Experimental R&D Certificate to ZeroAvia’s Piper M-Class R&D platform earlier this year. At a 2-ton takeoff weight and six seats in a business-class arrangement, it is currently the world’s largest zero-emission aircraft flying without any fossil fuel support, according to the publicly available information. The aircraft has completed a variety of test flights, which validated key components and their integration into a complete powertrain system. These tests confirm the company’s “fuel” economy and maximum power delivery targets.

“Aviation is the fastest-growing segment of transport emissions, set to nearly double by 2050 under current trends. Greenhouse gases released at altitude are particularly damaging, so it’s vital to develop and scale zero-emission alternatives,” said Jeremy Oppenheim, Founding Partner at SYSTEMIQ, an advisory and investment firm which drives system change towards clean energy, sustainable land use, and circular materials. SYSTEMIQ has been strategically supporting ZeroAvia’s journey for over a year and recently completed a financial investment to accelerate R&D and European expansion. “ZeroAvia’s zero-emission drivetrain is the most promising, cost-competitive alternative to incumbent fossil-based technologies today. SYSTEMIQ is proud to be supporting ZeroAvia on their time-critical mission to decarbonize the aviation sector.”

ZeroAvia is initially targeting 500-mile flights to serve the short-haul and commuter air travel markets, which make up nearly half the commercial flights worldwide. Powered by ZeroAvia powertrains, smaller zero-emission aircraft will be able to achieve similar per-seat economics as today’s large regional jets, allowing economical use of smaller local airports for point-to-point travel with virtually no security lines or delays, and a much more pleasant overall flying experience. In addition to passenger transport, the ZeroAvia powertrain will have applications across other use cases including cargo, air taxi, agriculture, as well as across the aircraft types, including manned and unmanned fixed-wing, rotorcraft, and everywhere in between.

Starting in 2022, the ZeroAvia powertrain will offer operators a sustainable option for new aircraft made by established manufacturers where customers already purchase their aircraft. ZeroAvia will lease the drivetrain to customers and provide fuel and maintenance as part of its power-by-the-hour model, in which customers pay only for the hours that they use the drivetrain. This model emulates engine leasing options already popular in the aviation market.

“Zero-emission transportation is progressing rapidly to an inflection point,” continued Mitakhov. “The technology exists today to decarbonize commercial aviation in a meaningful way, and at ZeroAvia, we intend to lead that charge. With governments around the world calling for a shift towards clean transportation, and predictions that air travel frequency will increase in the future, it is imperative for us as an industry to ensure sustainable aviation is cleared for takeoff.”