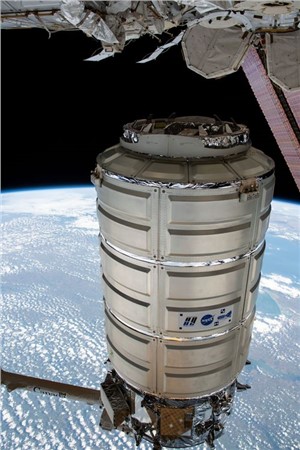 Northrop Grumman Corporation (NYSE: NOC) announced that its Cygnus™ spacecraft has successfully unberthed and departed from the International Space Station (ISS), beginning its secondary mission before it reenters Earth’s atmosphere. The NG-11 Cygnus spacecraft, named in honor of Apollo 1 astronaut and space visionary Roger Chaffee, left the ISS after a 109 day stay at the station.

The next phase of the mission will demonstrate enhanced capabilities Cygnus offers that go well beyond cargo supply and disposal. The spacecraft will deploy multiple CubeSats via the Slingshot CubeSat Deployer System installed by NASA astronauts prior to unberthing from the ISS, and the NanoRacks external CubeSat deployer. Cygnus will then remain in orbit to coincide with a second Cygnus spacecraft scheduled for launch in October to the International Space Station -- its first extended duration flight to demonstrate its capability to fly two Cygnus vehicles simultaneously and support hosted payloads for longer periods of time. This newest innovation reinforces Cygnus’ ability to serve a robust and growing commercial economy in low earth orbit.