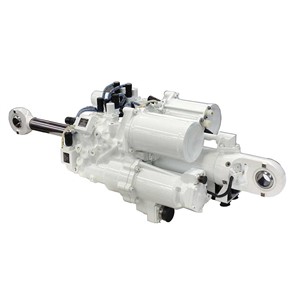 Parker worked closely with Gulfstream during the development and certification process, ensuring that the G600’s primary and secondary flight control system components demonstrated compliance with airworthiness requirements. “This is an exciting milestone for Gulfstream, and Parker is proud of its joint accomplishments on the G600,” said Drexel Pope, director of new development programs at the Control Systems Division of Parker Aerospace. “The success of the digital flight control system with electric backup hydraulic actuators on this sophisticated aircraft follows the recent achievements Parker realized on the Gulfstream G500, which received its FAA type certification in July 2018 and entered into service that September.”

The G600 shares its flight control system architecture with the G500. The similar architecture helped accelerate the development of the G600 model and provided Gulfstream with additional benefits such as proven design and reliability. The Parker fly-by-wire control system comprises a suite of electrohydraulic and electronic equipment providing command and monitoring capabilities to assist the aircraft in its various mission profiles. In addition to the flight controls, Parker provides a wide range of other equipment to the G500 and G600 aircraft, including equipment used in the fuel and hydraulic systems as well as their Pratt & Whitney Canada PW800 series engines.

Parker supports Gulfstream and its G500 customers for the life of the aircraft, and will do the same when the G600 enters service. Parker Aerospace’s Customer Support Operations is a centralized support organization that provides customer and product support, as well as customized service solutions to meet customers’ needs for spares, repairs, and overhaul services for all Parker Aerospace airframe and engine products.