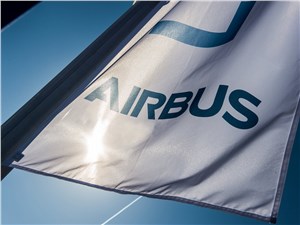 Airbus Helicopters and the French Ministry for Transport (DGAC) have announced the launch of a research project aimed at demonstrating the use of a hybrid propulsion system on board a single-engine helicopter testbed. This initiative, which will lead to the first flight of a demonstrator in 2020, will focus on the integration of an electric backup system on the testbed helicopter in order to power the rotor system for up to 30 seconds, without the use of the main gas turbine.

As part of this research programme, this concept will be matured to a Technology Readiness Level (TRL) 6, bringing it closer to potential certification and industrialisation. The demonstration package will include an electric motor provided by Thales, a battery pack developed by Airbus Defence and Space as well as electric converters provided by ADENEO. It will be installed and test-flown on an H130 single-engine testbed helicopter. The project will be jointly funded by DGAC and Airbus Helicopters.

“The helicopter industry is transforming at a fast pace and I’m very excited about this new partnership with DGAC which helps us prepare the future of vertical flight”, said Bruno Even, Airbus Helicopters CEO. “If introduced on serial helicopters, this technology could deliver new standards in terms of safety by providing pilots of single-engine rotorcraft more flexibility to perform autorotation in case of an engine shutdown. Further evolutions of the same technology could also pave the way to a significant reduction in fuel consumption and sound levels, further increasing the acceptance of helicopters in urban environments.”

Elisabeth Borne, French Minister for Transport within the Ministry of Ecological and Inclusive Transition, said, “This project will result in new technologies and a demonstrator that are essential for the development of a new generation of cleaner helicopters. Thanks to the engagement of the French government and our business partners, France is demonstrating the leading role it intends to play for better environmental performance within our aviation sector”.

Tell a friend:
Airbus Helicopters and the French Ministry for Transport to perform first flight of hybrid light helicopter demonstrator in 2020