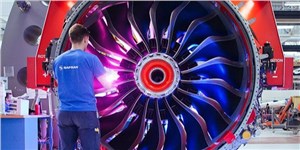 Gulf Air and CFM International today finalized the purchase agreement for 65 LEAP-1A engines to power the airline’s new fleet of Airbus A320neo family aircraft. The agreement, which includes engines for 17 A320neo and 12 A321neo, is valued at approximately $1 billion U.S. at list price.

The signing ceremony took place during the Bahrain Royal visit to Paris. The engine order was originally announced in November 2017.

Gulf Air has been a CFM customer since 1992 and currently operates a fleet of 16 Airbus A320ceo aircraft powered by CFM56-5B engines. With its new LEAP-1A-powered A320neo family aircraft, Gulf Air will strengthen its footprint in the Middle-East with new routes, while enhancing its services for customers.

“We are delighted to expand our long-term relationship with CFM International. We have been operating CFM engines for three decades, and we are excited to introduce the LEAP engine into our new fleet of A320neo family aircraft. This state-of-the art combo will be definitely a key asset of our sustainable growth in the near future”, said Krešimir Kucko, chief executive officer of Gulf Air.

“It is an honor to celebrate this agreement which reflects Gulf Air’s confidence in the CFM products,” said Olivier Andriès, president of CFM parent company Safran Aircraft Engines. “We are committed to further develop this great collaboration while providing Gulf Air with the proven efficiency and reliability that are the trademark of the CFM LEAP engines.”

The LEAP engine entered commercial service in 2016 and is providing its more than 100 operators worldwide with a 15= percent improvement in fuel efficiency, with an equivalent reduction in CO2 emissions; and lower noise and NOx emissions. To date, the fleet in service has logged more than 4 million engine flight hours.