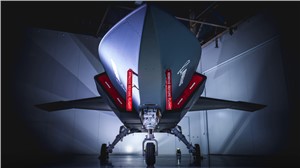 BAE Systems Australia Chief Executive Officer, Gabby Costigan, said:
“I am delighted to be working with Boeing Australia to bring a new defence capability to life that also offers enormous potential for the RAAF as well as future export markets.

“This project highlights our commitment to leading the development of new technologies and collaborating to advance autonomous capabilities. It is also an exciting opportunity to work together again, delivering a world-leading program using home-grown engineering expertise.”

BAE Systems Australia joins over 35 Australian companies in manufacturing the first military aircraft in Australia in more than 50 years. The aircraft rolled out today is the first of three prototypes for Australia’s Loyal Wingman program and serves as the foundation for the Boeing Airpower Teaming System product being developed for the global defence market.

BAE Systems Australia has worked with Boeing on a number of projects over the past 30 years. Both companies have a shared national heritage having partnered on a number of early unmanned flight vehicles. They include the Jindivik and Turana Target Drones, GTV Glide Bomb and the Ikara unmanned torpedo delivery system.

Boeing was also a valued contributor to the development of the BAE Systems’ Nulka and a supplier of leading edge composite technology and parts into BAE Systems for the Australian component of the NATO Evolved SeaSparrow Missile program.

The relationship with Boeing for this game changing project will help grow BAE Systems’ Autonomous Systems and Advanced Payload groups with the creation of more than 50 jobs across engineering and manufacturing in Victoria and South Australia with scope for further work generated by export opportunities.

Boeing Airpower Teaming System program director, Shane Arnott, said:
“The Loyal Wingman is a historic development program for the Australian aerospace industry, Boeing and our entire industry team, and we’ve worked together with speed and agility to deliver this smart unmanned aircraft.

“We’ve leveraged the skills of the local supply chain to build a Loyal Wingman that will work together with other airpower teaming assets to provide an unmatched capability for Australia and for our global customers.”