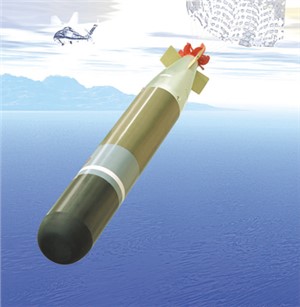 The State Department has made a determination approving a possible Foreign Military Sale to the Government of India of sixteen (16) MK 54 All Up Round Lightweight Torpedoes (LWT); three (3) MK 54 Exercise Torpedoes (MK 54 LWT Kit procurement required); and related equipment for an estimated cost of $63 million. The Defense Security Cooperation Agency delivered the required certification notifying Congress of this possible sale today.

This proposed sale will support the foreign policy and national security of the United States by helping to strengthen the U.S.-Indian strategic relationship and to improve the security of a major defensive partner, which continues to be an important force for political stability, peace, and economic progress in the Indo-Pacific and South Asia region.

The proposed sale will improve India's capability to meet current and future threats from enemy weapon systems. The MK 54 Lightweight Torpedo will provide the capability to conduct anti-submarine warfare missions. India will use the enhanced capability as a deterrent to regional threats and to strengthen its homeland defense. India intends to utilize MK 54 Lightweight Torpedoes on its P-8I aircraft. India will have no difficulty absorbing these systems into its armed forces.

The principal contractor will be Raytheon Integrated Defense System, Portsmouth, Rhode Island. There are no known offset agreements proposed in connection with this potential sale. Any offset agreement required by India will be defined in negotiations between the purchaser and the contractor(s).

Implementation of this proposed sale will not require the assignment of additional U.S. Government and/or contractor representatives to India; however, U.S. Government Engineering and Technical Services will be required on an interim basis for training and technical assistance.