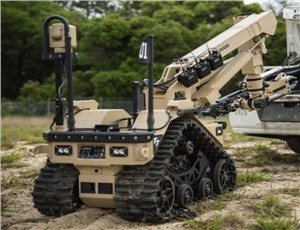 We proudly presents Military Robotics and Autonomous Systems (MRAS) 2020, returning to London in April, for its third successful year.

The conference will revolve around the British Army's five RAS priorities of situational awareness, lethality, manoeuvrability, survivability and sustainability, as well as cover other main themes such as counter-IED, deep learning, AI, international cooperation, or communication systems.

As the only event specifically dedicated to robotics in the land environment, MRAS 2020 is the ideal platform to meet the most informed and renowned experts in the field of autonomous and robotic technologies. Attend the two-day conference and understand the rapidly expanding role of military robots within the modern battlespace with insights from first-class scientists, researchers, academics and senior military figures.

* denotes a speaker is subject to final confirmation