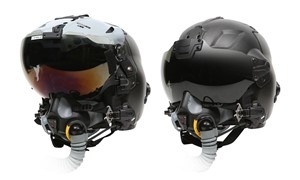 Gentex Corporation, a global leader in personal protection and situational awareness solutions for defense forces, aircrew, emergency responders, and industrial personnel, announced today that it was awarded an Other Transactional Authority (OTA) Agreement by the United States Air Force for its Next Generation Fixed Wing Helmet (NGFWH) System, following a global-scale competition.

The United States Air Force challenged individuals and businesses from across the world to submit a NGFWH prototype, focusing on addressing shortfalls in previous helmet models, including stability, equipment compatibility, and mass properties. After being tested by USAF pilots and maintainers, the Gentex NGFWH System prototype, created by Gentex’s international team of designers and engineers, was awarded an OTA Agreement for further development and testing.

The Gentex NGFWH System fully integrates the latest Gentex advancements and innovation in all facets of helmet system design and integration, including the helmet system itself, optics, hearing protection, communications and situational awareness, respiratory protection integration and helmet mounted device integration. The NGFWH System will provide a higher level of protection and operational capability for current and future Aircrew.

This research for this OTA was, in part, funded by the U.S. Government.  The views and conclusions contained in this document are those of the authors and should not be interpreted as representing the official policies, either expressed or implied, of the U.S. Government.