$1.6 Bn to Upgrade RAAF Base Tindal to Protect Australians and Create Jobs 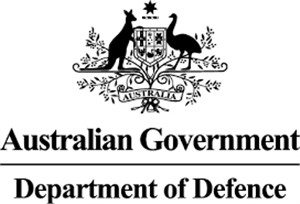 The Australian Government is investing $1.6 billion to ensure the Australian Defence Force (ADF) can continue to deliver a potent air combat capability from the Northern Territory.

Prime Minister Scott Morrison said the Government had approved a further $1.1 billion program of works at the RAAF Base Tindal, on top of the $495 million already invested in New Air Combat Capability infrastructure.

“Over 300 jobs will be created in the construction phase alone. The investment is part of the $8 billion we are spending over the coming decade on Defence facilities in the Top End, as part of the Defence White Paper and under our Developing Northern Australia initiatives.

“It will be integral to our Alliance with the United States, and increase the reach of Air Force capabilities in the Indo-Pacific.

“As part of these upgrades, RAAF Base Tindal will be able to deliver enhanced air-to-air refuelling and air support capabilities, ensuring we can support critical ADF operations – everything from air combat missions through to responding to natural disasters both at home and throughout our region.”

Under the redevelopment projects, $737 million will go towards upgrading the airfield including extending the runway, building a new air movements terminal, parking apron and extra fuel storage facilities.

An additional $437 million will provide critical base infrastructure upgrades, particularly engineering services on the base including power, water and sewage, as well as 108 new live-in units for Australian Defence Force personnel.

Minister for Defence, Senator the Hon. Linda Reynolds CSC said RAAF Base Tindal is one of our most important Defence bases.

“The 2016 Defence White Paper identified Northern Australia as strategically important, both for national defence and as a forward base for regional engagement," Minister Reynolds said.

Minister for Defence Industry, the Hon. Melissa Price MP said Defence’s managing contractor will be required to maximise the involvement of local industry from the Katherine region and wider Northern Territory.

“Hundreds of locals will be employed to deliver these projects, with many more set to benefit from subcontract packages and supply chain work,” Minister Price said.

Public information sessions are scheduled for 27 February 2020 in Katherine and the following week in Darwin.

Subject to Parliamentary approval, construction is expected to commence from mid-2020, with completion expected by the end of 2027.

The completion of this facility will support the arrival of Australia’s cutting-edge F-35A Joint Strike Fighter aircraft at RAAF Base Tindal in the years ahead.

“Under this project 64 percent of the total work packages were awarded to Northern Territory businesses, representing some $242 million being injected into the Territory’s economy,” Minister Price said.

Tell a friend:
$1.6 Bn to Upgrade RAAF Base Tindal to Protect Australians and Create Jobs