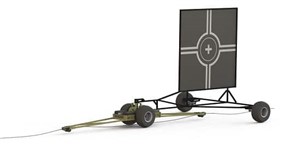 The contract, valued at over $1 million, will see the ADF receive six more RAIDER Mobile Moving Target Systems, which mimic tanks and light armoured vehicles, as well as trailers and thermal targets.

“This project has already injected more than $1.5 million into the community through partnering with Australian small businesses,” Minister Price said.

“This is leading technology developed here in Australia, which is not only creating opportunities for local industry but also keeping our soldiers safe.”

Senator for Victoria, the Hon Sarah Henderson, said of the 23 small businesses involved in the project, 14 were from the local Geelong community.

“The Morrison Government’s $200 billion investment in defence industry is creating opportunities like these right across Victoria,” Senator Henderson said.

“I congratulate Deakin University on pioneering this technology and helping to ensure the ADF has the best capability to defend Australia’s interests.”