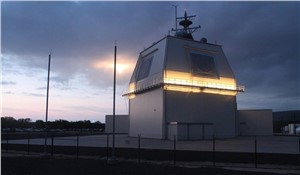 Lockheed Martin (NYSE: LMT) and its trading partner in Japan recently contracted with the Japanese Ministry of Defense to produce two Solid State Radar (SSR) antenna sets for Aegis Ashore Japan. Recently designated by the U.S. Government as AN/SPY-7(V)1, this technology is derived from current radar programs and significant Lockheed Martin investment. Variants of the SPY-7 radar will also be utilized through partnerships with the U.S. Government, Spain and Canada. To date, the technology has been selected for a total of 24 systems.

Equipped with the latest digital, solid-state radar technology, Aegis Ashore Japan will integrate the SPY-7 radar with the Aegis Combat System and protect Japan with a robust system that:

In defense against ballistic missile threats, Aegis Ashore and SPY-7 will provide continuous protection of Japan. As the threat landscape evolves, Aegis Ashore will protect the country and its citizens. Lockheed Martin is leveraging programs of record for Aegis Ashore Japan and utilizing the existing supply chain that already supports multiple solid-state radar programs.

The Aegis Weapon System is the most deployed combat system in the world, and its flexible system architecture enables it to fulfill a variety of missions. Its unique open architecture allows the system to maintain interoperability across global domains on 118 ships, 10 ship classes and seven countries to protect warfighters.