Terma to Equip USAF A-10 Aircraft With 3D-Audio

Terma North America Inc. has been awarded a USD 60.0 million contract to equip A-10 with 3D-Audio 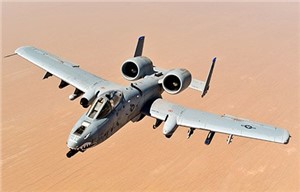 The work under this contract which also covers qualification, full and complete aircraft integration, installation drawing updates, Technical Order (TO) updates, repair support, spares, and support equipment will be performed at facilities in USA and Denmark and is expected to be completed by 2024.

“The days of pilots having to use foam earplugs is over. Our 3D-Audio is another example of how Terma delivers NexGen today. 3D-Audio contributes to our enduring mission at Terma to help ensure pilots' success and safe return. 3D-Audio is a major component of Terma’s Enterprise solutions, which provide complete self-protection for aircraft and crew.  Through innovation and timely performance, Terma is an industry leader that helps protect against ever increasing threats to US and allied aircraft.” says Steve Williams, President and CEO, Terma North America.”

The 3D-Audio and Active Noise Reduction system was initially fielded in 2009 on Royal Danish Air Force F-16s and has been combat proven. The system provides enhancement of the pilot’s situational awareness, survivability, and reduction of workload by presenting audio warnings/cues and radio messages in a full 360-degree spherical representation. This capability enables the pilot to get the dynamically updated warning tone/cue in the true direction of the threat and spatially separating radio communication for increased speech intelligibility. The system also provides Active Noise Reduction (ANR) and Electrical Noise Reduction (ENR) for reduced pilot stress and fatigue.

The contract award was the fourth within a two-years period of time and it further solidifies Terma’s advanced AAMS as the preferred audio-based communication and situational awareness solution globally.

Tell a friend:
Terma to Equip USAF A-10 Aircraft With 3D-Audio