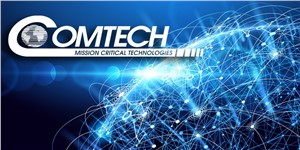 Comtech Telecommunications Corp. (NASDAQ: CMTL) announced today that during its first quarter of fiscal 2020, its Mission-Critical Technologies group, which is part of Comtech’s Government Solutions segment, received incremental funding of $2.2 million, which is part of the previously announced $98.6 million ceiling contract to provide the U.S. Army with global field support services for military satellite communication (“SATCOM”) terminals around the world. The contract has been funded $24.4 million to date.

“Supporting the U.S. warfighter is a privilege for Comtech and we are honored that the Army has entrusted us with this mission,” said Fred Kornberg, President and Chief Executive Officer of Comtech Telecommunications Corp.

The Mission-Critical Technologies group is a leading provider of mission-critical, highly-mobile C4ISR and other advanced secure wireless communications.

Tell a friend:
Comtech Receives $2.2 M Funding from US Army